The movement in pig prices over the year highlights a complex European pork market, according to Stuart Ashworth, Quality Meat Scotland’s head of economics services.

Even though UK prime pig prices remain some of the strongest in Europe, pig producers have seen the farmgate price of prime pigs fall 6% over the past quarter and currently stands around 9% lower than this time last year. 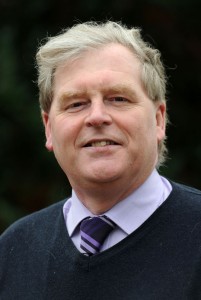 “UK prices have moved from broad parity with the European average a year ago, to a premium of around 20% today,” said QMS’s Stuart Ashworth.

Having been hit by the ban on pigmeat imports imposed by Russia in the spring, the average European prime pig price has fallen 22%, in sterling terms, from this time last year.

“The consequence is that UK prices have moved from broad parity with the European average a year ago, to a premium of around 20% today,” said Mr Ashworth.

“This significantly changes the trade dynamic between the UK and Europe. Indeed, the average price of UK pork exports to the rest of the EU in July was down 4% compared with a year earlier, while imports averaged 2.5% cheaper. However, in euro terms, both imports and exports were more expensive.”

Nevertheless, UK exports of pork have been growing during 2014, as has trade in cured products. However, according to Mr Ashworth, at the same time, there has been growth in imports of both fresh and cured products, illustrating the role of trade in balancing products that UK consumers buy, with products they don’t, and the use of trade to maximise returns.

Latest census results from around Europe suggest that the European pig sector has come to terms with the changed welfare demands, particularly the partial ban on sow stalls, introduced a couple of years ago.

“The census results, although showing the sow herd remains smaller than a couple of years ago, reveal there has been growth in the sow herd among most of Europe’s biggest pigmeat producing nations including Spain, Germany, Denmark and the Netherlands,” said Mr Ashworth.

“The inevitable consequence will be that the market becomes better supplied over the medium term.”

Looking to the trade dispute with Russia, Mr Ashworth observed that, for the European pig sector, it’s important that this is resolved timeously.

“Restrictions imposed by Russia in late January, and reinforced by the August announcement, resulted in the loss of a market for almost 2% of European pigmeat production and a quarter of all EU pigmeat exports,” said Mr Ashworth.

“Although some of this trade has been replaced by sales to Asian countries short of American pigmeat, some has been left on the European market squeezing producer prices as a result.”

The Russian ban appears to have had a particular effect on the EU market in the third quarter of 2014, given that exports to Russia have peaked around this time in recent years. Mr Ashworth pointed out that whereas producer prices spiked across most of Europe in August 2013, they levelled this year.

In contrast to mainland Europe, the publication of the provisional English census covering 90% of the UK pig herd showed a decline in the sow herd of almost 5%.

According to Mr Ashworth, this reported decline in sow numbers is a little surprising given the recent improvement in profit margins resulting from a combination of rising pig prices and falling feed prices over the past year.

“The English census also points to a tighter supply of prime pigs in the medium term with the number of light weight pigs currently on farm down around 8%,” said Mr Ashworth.

“In the short term, however, there is a reported higher volume of heavy pigs on farms which is consistent with an increase in UK pig slaughtering during August of almost 1%.

“Nevertheless, with carcase weights increasing by a greater degree, the volume of pork produced in August increased by nearly 3% on the year.”

Looking at UK consumption of pigmeat and pigmeat products during August, Mr Ashworth stated that although there has been an increase, there has been some pressure on producer prices to facilitate higher sales in line with increased production.