Political parties commit to supporting for poultry industry in next government

Political parties commit to supporting for poultry industry in next government

A recent poultry industry hustings event, hosted by The British Poultry Council and animal health business Elanco, saw MPs from each of the three major parties pledge support for the industry post the general election.

Audience members were made up of senior representatives from the UK poultry industry. 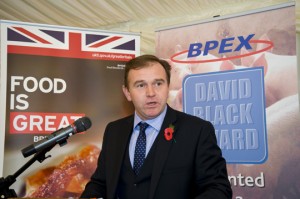 Conservative MP, George Eustice stressed the importance of open markets and global markets as an adjunct to UK supply.

All participants were united in their view that food security would be based around a strong UK production base. Conservative MP George Eustice focused on the importance of open markets and global trade as an adjunct to UK supply. This was echoed by Labour MP Huw Irranca-Davies who saw that a diversity of supply sources would build resilience into the UK supply of food. Liberal Democrat Roger Williams further noted that the acceptance of poultry raised on GM feed by most UK supermarkets was a further support to UK food security.

Irranca-Davies stated that Labour would both retain food as a core part of their Industrial Strategy and revisit the Food 2030 Strategy published when they were in Government. The Conservatives were focused on growing the UK food and farming sector, including poultry meat and aimed to reduce regulatory burdens and increase export opportunities.

It was confirmed that DEFRA’s budget would be cut, whichever party was in power after 7th May.

There was some divergence in the positions adopted on European policy and its impact on the food industry. For Eustice, the preferred outcome of a renegotiation would be: “Just a single market and customs union” and for the UK to be able to: “Pick and mix” other elements. Irranca-Davies acknowledged the frustrations with current EU policies, but believed strongly that Britain was better off:“Being inside the club and writing the rules.” For Williams, the access to the single market was the most important element, and the UK needed to be better at forging relationships with other EU countries.

All three parties recognised the importance of utilising technology to help the industry grow and compete in an ever expanding global food market. Eustice commented on the Agri-Tech Strategy and ambitions to increase competitiveness. He noted the importance of new husbandry technology, welfare science and genetics to maximise production efficiencies and the continued use of science for the maximising processing capabilities.

All participants recognised the importance of a rapid reaction to the recent Avian Influenza outbreak. For Irranca-Davies, both the timeliness and funding of the secondary cleaning and disinfection needed to be reviewed. 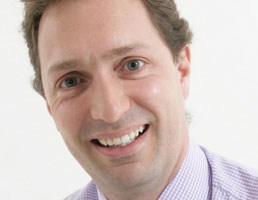 BPC chief executive, Andrew Large was pleased with the outcome of the event.

Both Labour and the Liberal Democrats committed to continuing the joint working currently undertaken by the Acting on Campylobacter Together initiative under the auspices of the FSA.

Speaking after the hustings had closed, Andrew Large, chief executive of the BPC said: “This has been a fantastic event. I am very grateful to all three participants for their candour in answering the poultry industry’s questions. It is clear that all respondents have a high opinion of the UK poultry sector and its importance in ensuring the UK’s food security in the years to come.”