Figures from Kantar Worldpanel (12-week data to 5th November 2017) have shown that sales of Scottish-origin lamb in the country increased by 38.2% during the Wham Bam Thank You Lamb campaign, while overall retail sales of lamb increased by 3.5% in value terms. 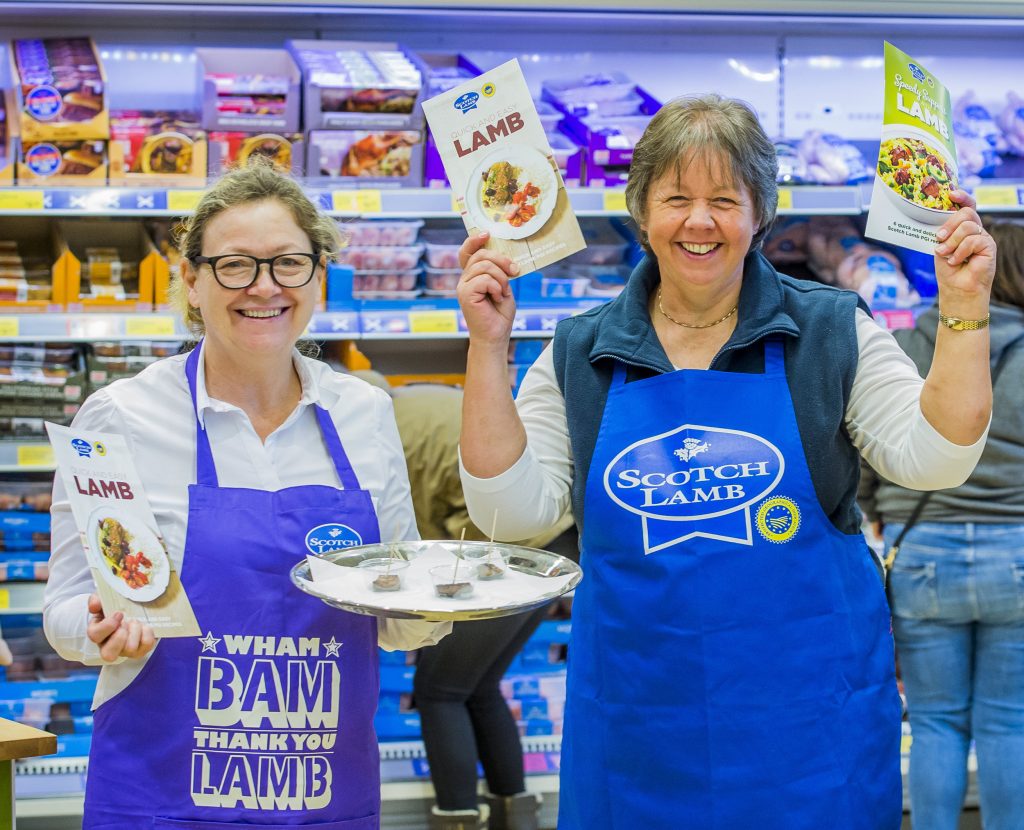 Local farmer Kathy Peebles was in Aldi, Falkirk to help with some Scotch Lamb sampling during the campaign.

In addition, the campaign saw a 27% volume increase of the number of people buying lamb and shoppers were buying it more often.

This strong Scottish Origin performance was set against a declining UK market, with overall sales of lamb decreasing by over 10% across the country.

The Wham Bam Thank You Lamb campaign, which has been running for four years, aims to change shoppers’ perceptions about lamb and establish its credentials as simple, versatile and ideal ingredient for the weekly shopping lists.

The Scotland-wide, 12-week campaign included billboard, press and radio advertising as well as on-line and in-store activity with sampling by Scotch “Lambassadors” in selected stores across the country.

Recipe leaflets and other point of sale materials were also distributed via the members of the Scotch Butchers Club, run by QMS.

Suzie Carlaw, QMS marketing controller, said that the results confirmed that the campaign had driven strongly for the industry and added: “The primary focus of this campaign was to demonstrate how simple and quick it is to cook delicious, nutritious, mid-week family meals with Scotch Lamb and the results clearly show that during the campaign, the Scottish public are increasing their consumption.”

“It’s also really encouraging that the figures show there is a strong demand for chops, steaks and mince from the younger demonstration which highlights that they don’t just view lamb as a Sunday meal but as a mid-week meal too.”