Record broken for most pigs-in-blankets made in one minute

Record broken for most pigs-in-blankets made in one minute 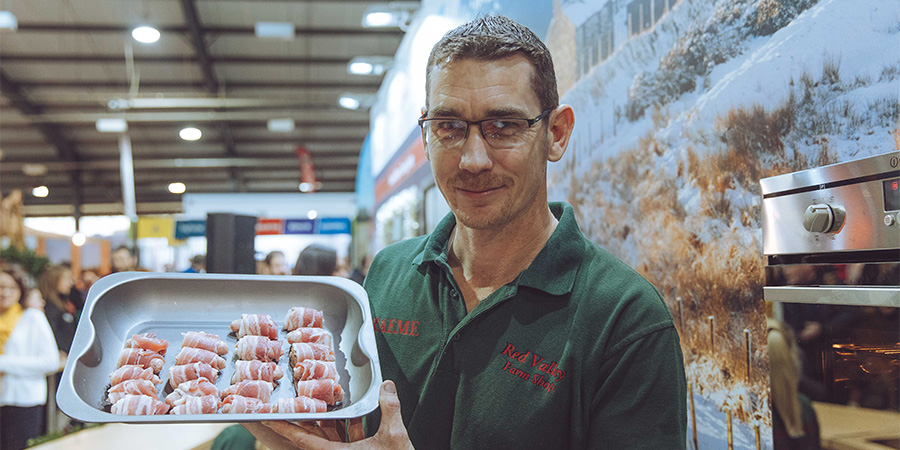 Surpassing André Ortolf’s record of making 17 in one minute, set in 2016, Graeme just managed to complete 18; meaning each one was made in less than three and a half seconds! Despite rolling a total of 20, Guinness World Records can confirm – to Graeme’s disappointment – that only 18 are of an “acceptable standard”, and can be counted towards the final total…

In spite of this, Graeme is over the moon with his achievement, “Record-attempting was new to me, but I gave it my all and am absolutely chuffed to say I’m a Record Holder. I’m all for doing things to help put small-scale Welsh producers on the map; it’s been such a great laugh and a great way to kick off Christmas 2019.”

He adds, “My skills were definitely put to the test, but I hope I’ve proven to taste-testers that outdoor-reared, slow-grown pork from Wales is unrivalled.”

Kirstie Jones, market development officer at HCC, goes on to explain: “We want to make sure nobody cancels Christmas, so our pork producers in Wales are on hand to keep people stocked up. There’s no need to take pigs-in-blankets off the menu!

“Our traditional farmers have shorter supply chains – meaning you’re not only supporting a local business, but also contributing to a more sustainable farming environment.”

Kirstie concluded: “With Christmas fast approaching, it’s the perfect time to champion local communities. We want to encourage everyone in Wales to visit local farms and butchers to get their hands on some tasty, local produce.”