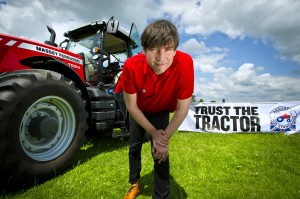 The campaign will also give shoppers the chance to win tickets to join Red Tractor ambassador, Alex James at a summer BBQ.

Prominent labels will feature on pre-packed barbecue meat ranges in most of the major retailers from 27th April to 14th June to highlight Red tractor meat and poultry and will also give shoppers the chance to win prizes, including tickets to a VIP BBQ party hosted by Red Tractor ambassador Alex James.

RTA marketing manager, Andy Thompson, said: “As the barbecue season gets underway, it’s an ideal time to remind shoppers about the importance of choosing quality assured ingredients, in particular meat and poultry. Quite simply, the presence of the Red Tractor logo confirms that it has been produced to some of the most comprehensive and respected standards of food safety, hygiene and animal welfare in the world.”