The NFU has criticised the widening gap between the farm gate and retail price for beef.

Figures released from EBLEX show farm gate prices have dropped while the price paid by consumers for beef has remained stable. The latest indication to March is that the producer share of final retail price is well below the 58% received in March 2013, and 3% below the 51% received in the second half of 2013.

Andy Foot, NFU beef group chairman, said it was infuriating for farmers to see further reductions on the beef price when retailer margins to March had shown an increase.

“Last year we heard from retailers that they wanted to source more British beef,” said Mr Foot. “They were keen to work with us to ensure a secure future for our farmers, and I am bitterly disappointed to see how short their memories are.

“We work in an industry with a long production cycle and low margins and we simply cannot afford to be toyed with. It is a significant investment to buy store cattle, let alone suckler cows, so how is a farmer meant to do so with any degree of confidence of a return on his or her investment when you can see prices slashed overnight?

“Farmers are going to feel betrayed that this drop in price also comes in the middle of Great British Beef Week, at a time when retailers should be supporting beef production. A sustainable price does not mean paying just enough to get by on, it means paying enough to actually re-invest in your business to meet future demand and challenges, including climate change.

“Evidence has shown time and time again that consumers are interested in the provenance of their food and want to buy British beef, and that they want to support British farmers and see them receiving a fair price. Farmers are incredibly grateful for the support we receive from consumers, and I hope that retailers listen to both their suppliers and their customers and start to live up to their promises.” 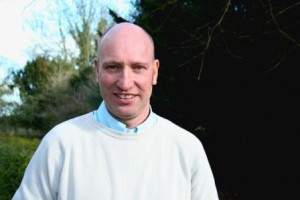 NFU’s Charles Sercombe: “Deeply disappointed to see this drive to force down prices down. With retailers making an increasing margin from beef.”

NFU livestock board chairman Charles Sercombe said: “I had hoped that off the back of the legacy of the horse meat scandal, and Great British Beef Week, we would see retailers living up to their promise to engage with the supply chain, and like Andy, I am deeply disappointed to see this drive to force down prices down. With retailers making an increasing margin from beef, farmers need to see an end to this short termism. This is completely incompatible with an industry that works in years rather than months.

“British farmers work hard to produce a world class product, and while we see recognition of this in our export markets, it can be difficult for farmers to stomach when the domestic market does not recognise it.”

AHDB to be more a single entity rather than separate sectors?
New CEO at Bernard Matthews