Rutland Partners, former owner of poultry producer Bernard Matthews, has dismissed claims it “deliberately chose not to accept a ‘buyout’ offer” from Boparan last summer, while opting for a pre-pack administration sale. 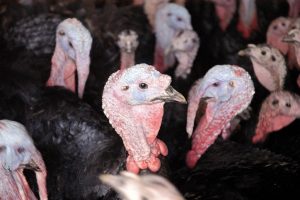 Turkey producer Bernard Matthews was sold in a pre-pack deal.

The group hit back against media claims that it chose the pre-pack sale “in order to improve Rutland’s recovery of its investment”, describing them as “factually inaccurate,” noting that “this view in particular has been developed without due consideration of the full facts and background” of the deal.

Highlighting the events ahead of the pre-pack administration, Rutland said that it “worked extensively over several years to rebuild” Bernard Matthews, maintaining a “regular dialogue with the pension trustees”, making “all agreed payments in to the fund and to the Pension Protection Fund, including when business cash flows were negative”.

Commenting on the media allegations regarding the proposed Boparan Private Office deal, Rutland argued that “the advisors to Bernard Matthews and its key stakeholders, including Deloitte who advised the banks, did not consider that either offer represented a ‘solvent’ solution for the business and ‘neither offer was capable of progression’”.

Responding to the Work and Pensions Committee, which claimed that the case “raised concerns” over the use of pre-pack sales, Rutland reiterated that the offer was “benchmarked against other options” and “was accepted by the Bernard Matthews Board given the lack of any other deliverable options and the apparent security to the 2,000 jobs at risk”.

Rutland Partners added: “At all times Bernard Matthews was independently advised on its options and the final process was one necessitating High Court approval which was secured without any objection from the pension trustees or the Pensions Regulator.”