In a surprise move Sainsbury’s has announced it is to drop the Red Tractor Logo on its products, citing customer confusion as its primary reason. Pigmeat marketing and promotion body BPEX is reported to be both surprised and greatly disappointed at the news, having not been consulted beforehand. 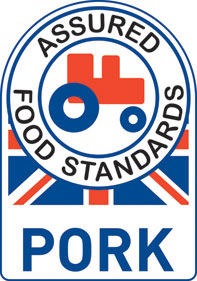 No longer to be seen on Sainsbury’s products but BPEX says it will continue to support the Red Tractor supply chain.

The supermarket giant said: “Customers have told us that too many logos are confusing, so we will be phasing out the use of the Red Tractor logo on pack. We will still use the Red Tractor standards as part of our wider sourcing standards.”

In a statement BPEX said it was: “Surprised and greatly disappointed that Sainsbury’s appears to have decided to remove the Red Tractor logo from qualifying packs of pork and pork products.”

The statement added that BPEX is “surprised” because they [Sainsbury’s] did not consult either BPEX or Assured Food Standards in advance of the announcement and “disappointed” because BPEX believe Sainsbury’s shoppers will be denied the opportunity to look for the Red Tractor logo, which is the guarantee of independently inspected whole-chain standards, traceability, provenance and quality.

The BPEX statement added: “We are also disappointed because of the timing of this decision, so close to the implementation of new EU regulations concerning pig farming which are applicable from January 2013. The new EU legislation will continue to permit the use of sow stalls, prohibited in the UK since 1999, in other EU countries, but there is uncertainty as to the level of compliance by pig farms in the rest of Europe. The Red Tractor logo serves as an easily-identifiable consumer guarantee that pork and pork products are compliant.

“Whatever Sainsbury’s future intentions regarding welfare specifications and labelling, for the moment Sainsbury’s customers will no longer be able to determine if they are purchasing Red Tractor assured British pork without the Red tractor logo, or purchasing imported pork with no indication of assurance at all.

“If this decision signals an imminent move towards a 100% British stocking policy for all their own-brand pork products, we would welcome that.”

BPEX says it will continue to support and promote Red Tractor pork and pig meat products and work actively with those supply chains that support the Red Tractor assurance scheme.

Reacting to claims that it had let British farmers down Sainsbury’s said: “Suggesting this development is a step back from supporting British farmers couldn’t be further from the truth; we are actually stepping up our commitment. We aim to double our sales of British food by 2020.

“Over the last five years we’ve invested £40 million into British farming, for example paying our dairy development group farmers a premium for good animal husbandry and environmental practices well above what is defined by Red Tractor. In August we led the way in paying our dedicated pork producers a premium to reflect rising feed costs.”