Sue Lockhart, Sainsbury’s former head of agriculture, has been announced as the new head of assurance at Red Tractor Assurance. 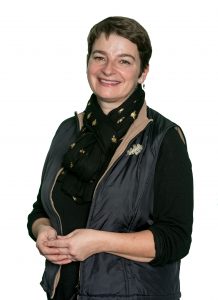 Lockhart will join the body on 2nd October, after a career with Sainsbury’s since 2013.

Her “wealth of experience spanning food technology, regional sourcing, innovation and sustainability” will see her take a leading role in the development of Red Tractor’s farm standards.

Jim Moseley, Red Tractor’s CEO, commented: “We are delighted that Sue is joining our team, adding considerable strength at a critical time when we are developing Red Tractor in to a flagship scheme which can both protect and promote British agriculture.”

Lockhart added: “Consumers have never been so close to their food and there is an increasing desire to understand where it has come from and how it was produced.

“Red Tractor Assurance has a huge role to play in ensuring that farmers are producing food that shoppers demand while at the same time being the symbol of safe, traceable food that consumers look for.”

Red Tractor’s farm standards are followed by more than 70,000 farm businesses, while the consumer logo appears on over £13 billion of food.

An example of a recent Red Tractor initiative if Red Tractor Week, which took place, from 11th to 17th September, in an effort to raise awareness of the benefits of farm assurance and as well as improve understanding of the logo among consumers.