Scotch Lamb PGI on the menu for EU food bloggers

Scotch Lamb PGI on the menu for EU food bloggers

Food bloggers from Denmark, Germany and the Netherlands have travelled to Scotland to learn about Scotch Lamb PGI and the quality assurance, traceability and animal welfare which underpin the brand. 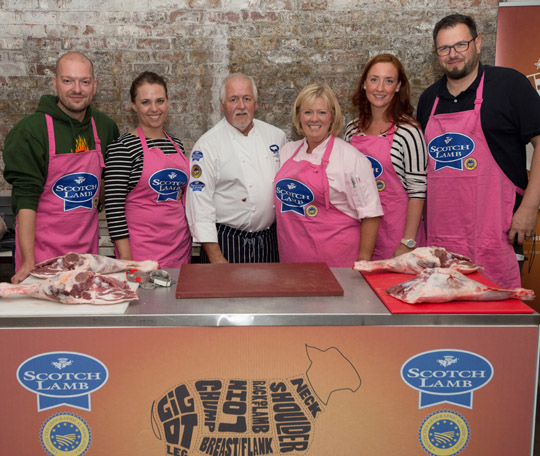 During their visit the group travelled to Shantron, a hill farm at Luss, Loch Lomond, run by Bobby Lennox in partnership with his wife Anne and father Robert.

The farm business includes Shantron and Shermore Farms which create a combined unit of around 4000 acres extending from just 20 feet above sea level to 2275 feet.

The family runs around 1800 mostly Blackface ewes and 30 suckler cows on the farm, which has been tenanted by the Lennox family since 1750.

The bloggers were taken on a farm tour and heard from Bobby Lennox about his experiences of farming on a traditional Scottish hill farm and how the family proudly produce Scotch Lamb PGI which is renowned for its quality both and home and overseas.

After the farm visit, the European bloggers joined other journalists and bloggers from across Scotland and the UK at the “Scotch Lamb Street Food Festival” which took place in Glasgow.

Celebrity chef Jak O’Donnell, who featured on the BBC’s Great British Menu, was at the event to meet the bloggers and hosted a series of demonstrations and master butcher, Viv Harvey, gave bloggers the chance of some hands on experience, showing them how to bone out a leg or shoulder of lamb.