Secretary of State urged to help ‘stop the rot’

Secretary of State urged to help ‘stop the rot’

Scotland’s meat wholesalers have urged the Secretary of State for Scotland, Michael Moore, to help ‘stop the rot’ of declining livestock numbers, warning that the consequences of a diminishing meat processing sector will become ‘dire’ before long. 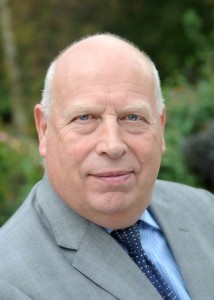 “We need the policy framework to deliver rules which reward the right things."

The Scottish Association of Meat Wholesalers (SAMW) has also told the Secretary of State that this is the ideal opportunity for the UK and Scottish governments to pursue a ‘common goal’ in securing vital national and regional support for the livestock and meat industry during the current CAP Reform process.

Quoting a previous ‘comment’ from the Secretary of State that Scotland is ‘stronger when the Westminster and Scottish governments act together’, SAMW executive manager Ian Anderson wrote, in a letter to Mr Moore: “The Scottish Government accepts that 10-15% coupled payments for calf production is vital to the future of the Scottish beef sector but, of course, the UK Government leads in the CAP negotiations. This is the ideal opportunity for the UK and Scottish governments to pursue a common goal, therefore.”

Stating that cattle supplies have become ‘very much tighter’ in the last 12 months, on top of a five-year period of ‘fundamental decline,’ Anderson continued: “Alarmingly, cattle slaughterings in Scottish abattoirs in the first five months of this year decreased by 9% over the corresponding period in 2011. The rot must be stopped now or the consequences of a diminishing meat processing sector for the rural communities, the economy and employment will be dire before long.

“We acknowledge that pre-2003 (the time of the previous CAP reform), over production was excessive and the surplus meat which resulted in Europe was not acceptable. We would not advocate measures to replicate that. However, the pendulum has swung too far in the opposite direction.”

With the current CAP Reform process now reaching an advanced stage, Mr Anderson added: “We need the policy framework to deliver rules which reward the right things. You will be aware that the one coupled payment scheme which has operated since the last CAP reform is the Scottish Beef Calf Scheme. This accounts for around 4.5% of the national envelope, a modest amount, but without it the number of cows shown above would have been even worse. Targeted support continues to have a valuable role in the future CAP and re-supplying the processing industry in Scotland, but it must be 15% or more, not 4.5%.

“It is ironic, that we have quality Scotch products which are in demand across the globe, favourable sterling exchange rates and increasing access through new export certificates but not the livestock raw material to supply these markets. This is the ideal opportunity for the UK and Scottish governments to pursue a common goal and SAMW would be very grateful for your support by making the case to your UK Government colleagues.”