The important role of the sheep producers who worked with Quality Meat Scotland (QMS) in latest phase of the Scottish Sheep Strategy Better Breeding project, was acknowledged at the Royal Highland Show.

Maimie Paterson, who has chaired the Scottish Sheep Strategy Group from its launch at Scotsheep in 2006, presented trophies to representatives of the three farms involved in the project.

John Gordon and his son Ewan of Wellheads Farm, Huntly received thanks along with Andrew Robinson and wife Claire of The Morrisons Farm, Dumfries House Estate. Thanks were also extended to Robert and Fiona Dalrymple of Kings Arms Farm, Ballantrae, Ayrshire who were unable to attend the presentations at the Royal Highland Show.

Jim McLaren, chairman of QMS, said: “The support and hard work of these farmers has been essential for the success of this very important project for the industry.” Paul Wheelhouse, Environment and Climate Change Minister, also congratulated the farmers for their contributions to the successful project.

The conclusion of the project, which involved two years of results for Suffolk-sired lambs produced under difficult and variable weather conditions, showed that in almost every case the progeny of performance recorded rams with high indexes was better than those selected purely by eye. This led to greater financial returns for the farm concerned.

“The results of the project show, without a doubt, that the financial benefits of performance recorded animals are very real and simply cannot be ignored,” said Maimie Paterson, Chair of the Scottish Sheep Strategy Group.

Overall financial results over the two years show an average gross return per ewe from high performance Suffolk tups on mule ewes, which ranged from £0.55 to £3.09.

These findings are comparable with the first two years of the phase one project findings which then went on to show cumulative gains from the daughters of the High, Low and Farmer’s Choice rams when sired by a High Performance Trait tup.

To obtain a copy of the Phase 2 final year and overall results of the Suffolk Better Breeding Project, contact QMS on 0131 472 4040 or download a copy from www.scottishsheepstrategy.org.uk 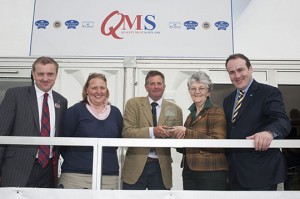 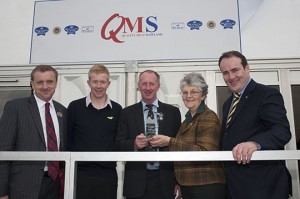