Snowbird foods has new owners. The manufacturer of fully cooked and frozen sausages, meat balls and other comminuted meat products has been bought by its management team. 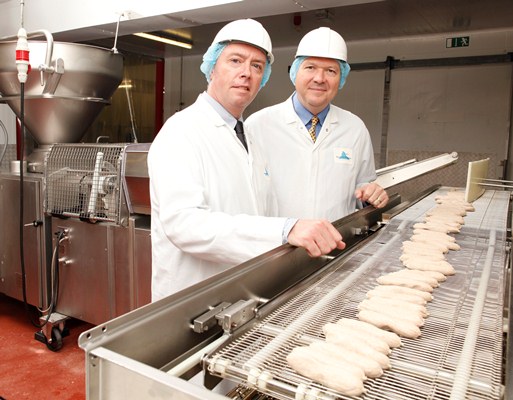 And, after four owners in six years, the move drew cheers from all the employees of the Enfield, Middlesex company. It will now be run by its three directors who between them have managed the business for a succession of owners since 1995.

Joint managing director Philip Paul, who joined the business from school in 1981, believes the change will mean faster decision making and a more settled management style. He now shares that title with former finance director Albert McGovern, with whom he bought the business for an undisclosed sum.

McGovern joined Snowbird in 1995 after significant financial management experience with the world’s largest oil company and in the food industry.“The staff are right behind us”, said the two managing directors. “There were cheers when the announcement was made because they recognise the future for Snowbird is in Enfield and they know they can contribute to an exciting period of profitable growth”.

Investment is planned in the short term to enable Snowbird to capitalise on more profitable ideas currently on the drawing board.

The business has been profitable for the last ten years as it drove the development of the fully cooked and frozen sausages and meat balls market sector. Further investment is planned in the short term to enable it to carry forward more new ideas currently on the drawing board.

“Foodservice buying groups, frozen food wholesalers and ready meals manufacturers like our ideas, our quality and our convenience and we will be able to give them more of that in the immediate future,” said sales director Roy Anderson.

He was recruited to the business in 2000 after his family’s Smithfield top-end catering meat business had been a customer for a number of years and joins the two other directors in continuing to run the business.