When it comes to factors affecting the decision to purchase meat and poultry products, the EBLEX Quality Standard Mark (QSM) is one of the most influential logos on pack, according to a recent YouGov Meat and Poultry survey*. 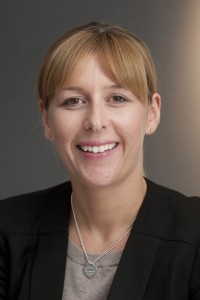 Laura Bishop: “It’s fantastic to see that it has become so influential in the minds’ of shoppers.”

Ranking third (behind only ‘free-range’ and ‘British’), over a third of respondents said they would be more likely to purchase meat which carries the Quality Standard Mark.

Provenance was a particularly important issue among the consumers surveyed, with 63 per cent stating that they prefer to buy UK-sourced meat and poultry compared to imported meat.

When asked which terms they associate with the origin of meat and poultry, 73 per cent of consumers named the Quality Standard Mark for beef and lamb and 50 per cent said they are familiar with the Mark and understand what it represents.

Laura Bishop, EBLEX marketing manager (Quality Schemes), said: “As our QSM Scheme celebrates its tenth anniversary, it’s fantastic to see that it has become so influential in the minds’ of shoppers. When it comes to food, consumers are definitely becoming more discerning. Factors such as quality, taste and provenance are increasingly influencing purchasing decisions and consumers are looking for these assurance indicators on packaging or on menus.

“Our Scheme was originally developed to address consumer concerns about the eating quality of red meat, such as succulence, tenderness and consistency. Today, it provides one of the highest levels of independently inspected quality assurance for meat in the United Kingdom, with combined guarantees of food safety, animal welfare and care for the environment, as well as eating quality. The flag in the logo highlights the origin of the meat, so consumers can instantly see where it is from.”

* The Meat and Poultry survey was commissioned by YouGov among its online panel of 1,068 nationally representative UK adults, aged 16 and over.