Andrew Brassington of Ludlow Food Centre and Kyle Mottram of Keelham Farm Shop, Bradford have been selected to represent the UK in this year’s International Young Butcher Competition being held in Germany during May at the IFFA exhibition. 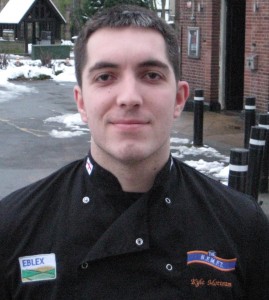 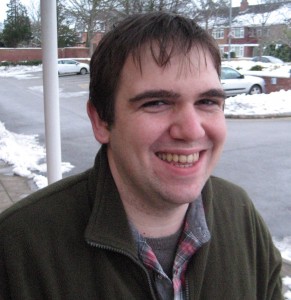 The competition, organised by the International Butchers Confederation (IBC) is recognised as being the most prestigious competition of its type in Europe and throughout the world.

The two 22 year olds, competing in six categories against other 18 to 23 year olds from Austria, France, Germany, Holland and Switzerland have been trained by the National Federation of Meat and Food Traders (NFMFT) with financial support from sponsors EBLEX, the Meat Training Council, Weddel Swift and the Worshipful Company of Butchers.

Travelling with Viv and the team for the competition in Frankfurt on 3rd-4th of May is third team member Ryan Healy of Geoff Riley’s Butchers, Lancashire and BPEX product manager, Keith Fisher, who will represent the UK on the international Jury of judges.

Federation President Michael Beaumont said: “This is the best resourced team to represent the UK in the competition to date and I am sure that everyone in the industry will be supporting Andrew and Kyle in their attempt to improve on the performance of our team last year.”

In 2012, the UK team with Matthew Gothard of Bates of Atherstone and Luke Haigh of Bolster Moor Farm Shop finished fifth, when Luke won third place in the Ready to Eat Category for his ‘Olympic Pie.’