Just six months after a major fire at its head office, The Dalesman Group has been awarded AA grade status. 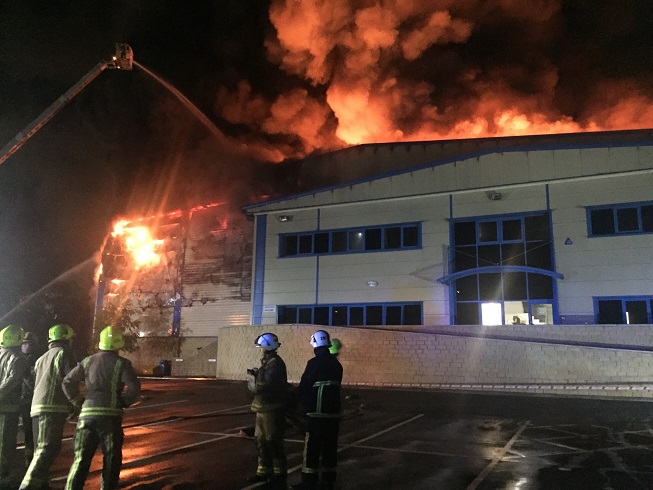 The Dalesman Group’s head office was engulfed by a fire just six months ago but the business has remained in operation and has since been awarded AA grade status.

The status was awarded following a BRC audit conducted last month, with the AA grade based on a completed action plan for two minor non-compliances.

At 10pm on Wednesday 9th August 2017, a huge fire engulfed the warehouse, production and offices bringing the whole building to the ground. Instead of shutting up shop, the team continued working and have since purchased new processing equipment, sourced replacement ingredients and moved premises twice.

The business, which is currently based in an intermediary 43,000 square foot premises in Bradford, moved at a rapid pace to ensure minimal impact to customers and was producing key products within five working days of the fire.

Ian Rhodes, senior director and co-founder, said: “This signifies the huge achievement that The Dalesman Group has accomplished during the past six months and we could not be happier with the results.”

Dalesman has also announced that its full product portfolio is back in production, as well as its bespoke blending function and new product development facility. Plans have been agreed to start rebuilding on the original Chase Way site to reinstate the head office facility – opening in 2019.

Rhodes added: “Production is now back to pre-fire capability and the product list has been expanded to include all pre-fire product offerings including lowering the minimum order quantity for bespoke designed products to just 100kg.

“We have been working hard to ensure that we are supporting our customers, our BRC result is fantastic but we will not rest on our laurels and will continue to strive for the manufacturing excellence that has got us to where we are today. We would also like to say special thanks to Bradford Council for all their support through this difficult time.”

Global poultry industry to be challenged by trade shake-up