Dates for the seventeenth annual British Sausage Week have been set.

Running from 3rd – 9th November, the seven-days of sausage celebrations will provide the platform for butchers, retailers and sausage makers to raise awareness of quality assured sausages and benefit from increased sales. 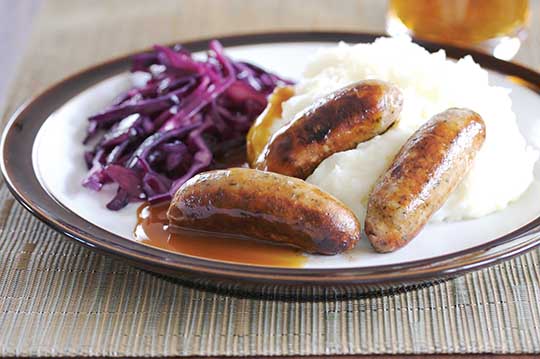 Do you make the Foodservice sausage of the year?

BPEX butchery and product development manager, Keith Fisher, said: “With hundreds of sausage varieties available, we really are a nation of sausage lovers! The week provides a fantastic opportunity for the whole industry to get involved and raise awareness of quality sausages, including those produced using Red Tractor pork.