Demonstrations by top chefs and butchers, a carcase classification competition for farmers and the chance for visitors to win a hamper filled with prime Welsh produce will take place on the Hybu Cig Cymru – Meat Promotion Wales stand at the Royal Welsh Winter Fair.

“Cooking demonstrations using prime Welsh Lamb, Welsh Beef and pork from Wales are always a big draw and this year will be no exception given the talent that will be on display,” said HCC’s Consumer Executive Elwen Roberts. 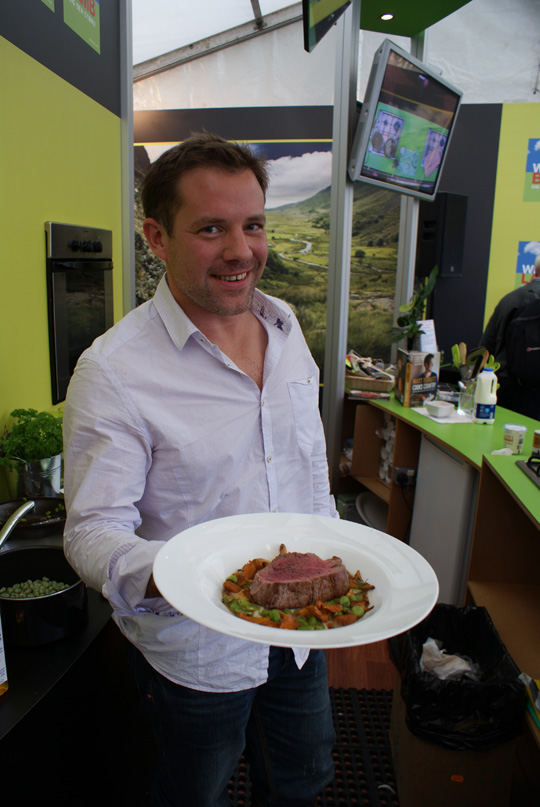 Top TV chefs Matt Tebbutt and Dudley Newbury will wow the crowds during the two day event with their culinary expertise, while Sainsburys Master Butcher Julian Pusgrove will give a butchery display along with representatives of the Young Farmers Clubs.

Matt Tebbutt heads up the team in the kitchens of The Foxhunter in Monmouthshire. He is a regular on television, presenting Food Unwrapped on Channel 4 and is championing forgotten foods on Great British Food Revival on BBC2. Matt co-presented Market Kitchen with Tom Parker-Bowles and Matthew Fort and is the guest presenter of Saturday Kitchen.

Dudley Newbury is a firm favourite with viewers on S4C and with crowds who flock to see him demonstrate his skills at shows such as the Winter Fair and Royal Welsh. He has hosted a number of top rated programmes on the channel, with a new series, Pryd o Ser, due to air over Christmas. 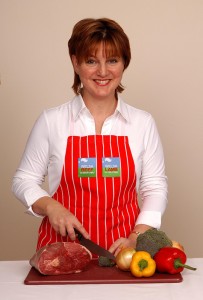 The HCC stand will also feature a beef carcase grading competition aimed at farmers, and visitors will be asked to fill in a survey to gauge their knowledge of red meat for a chance to win a hamper full of Welsh food.