Andrew Peter from Davidsons Specialist Butchers in Inverurie, Aberdeenshire was crowned the Young Butcher of the Year at the Scotch Butchers Club Meat Skills Scotland Championship. Huntly butcher Gary Raeburn retained the senior honour, which he collected for the second year running.

Butchers from throughout Scotland gathered at the Scottish Meat Trade Fair in Dewars Centre, Perth for the biennial championship this month to showcase the skills that are bringing people back to their shops. 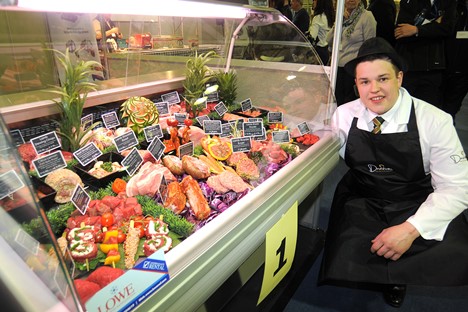 Supported by the Scotch Butchers Club, the competition attracted 45 entrants from all over Scotland including two in the Western Isles. Scottish Meat Training organises the event to give butchers the opportunity and experience of developing their skills and assist to promote their employer’s business.

Douglas Scott, chief executive of Scottish Meat Training commented: “Using their acquired skills in a competitive environment gives young butchers a chance to demonstrate how much they have learned and measure themselves against their fellow competitors.” 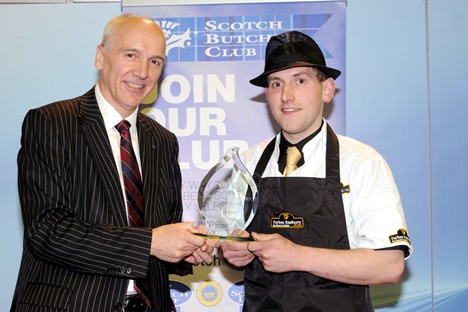