On the 13th anniversary of Britain’s most serious outbreak of foot-and-mouth disease, National Pig Association is reminding Government and the public of the need for continued vigilance. 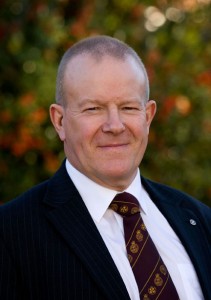 “A carelessly discarded ham sandwich is all it takes, or someone breaking the law and feeding kitchen leftovers to pigs,” said NPA chairman Richard Longthorp.

The reminder comes in the same week that African swine fever, another serious notifiable disease, is reported in Poland, carried across the border from Belarus by a wild boar, and putting the European Union commercial pig industry at increased risk of infection.

Foot-and-mouth was confirmed on February 20th 2001 at an Essex abattoir, in swill-fed pigs from Burnside Farm at Heddon on the Wall in Northumberland. Some estimates put the total cost to the nation at £10 billion, with more than 10 million animals being shot in the nine-month drive to stamp out the disease.

Government later confirmed the likeliest source of infection was meat contaminated with the foot-and-mouth virus being fed to pigs at Burnside Farm in inadequately processed swill. Swill-feeding has since been banned throughout the European Union.

NPA highlights the following lessons from the 2001 foot-and-mouth outbreak:

• Pigs are not society’s dustbins and the swill-feeding ban must stay in place because feeding pigs with waste food contaminated by meat leftovers will always be risky, as safety controls are bound to break down in the end, as they did at Burnside Farm (and the pork from swill-fed pigs doesn’t taste very nice either).

• Government must do its utmost to prevent passengers bringing illegal personal imports of meat into the country, particularly from high-risk countries, and Britain’s pig farmers must remain vigilant in their attempts to ensure such products do not find their way anywhere near pig farms.

“A carelessly discarded ham sandwich is all it takes, or someone breaking the law and feeding kitchen leftovers to pigs,” said NPA chairman Richard Longthorp. “If anyone thinks we are over-stating the risk, let them remember what happened on February 20th, 2001 and the lives and businesses that were ruined as a result.”