Wall’s Pastry has launched a new campaign that will see a multimillion pound prize giveaway through a major on-pack promotional campaign.

The promotion will run across five million packs and feature on Wall’s meat slices, pasties and jumbo sausage rolls.

Forming part of the Wall’s Helping Hand campaign, a search to find and support community projects with regeneration money, the on-pack promotion is described by the company as a ‘helping hand in a different way’, with every pack offering a prize to consumers. 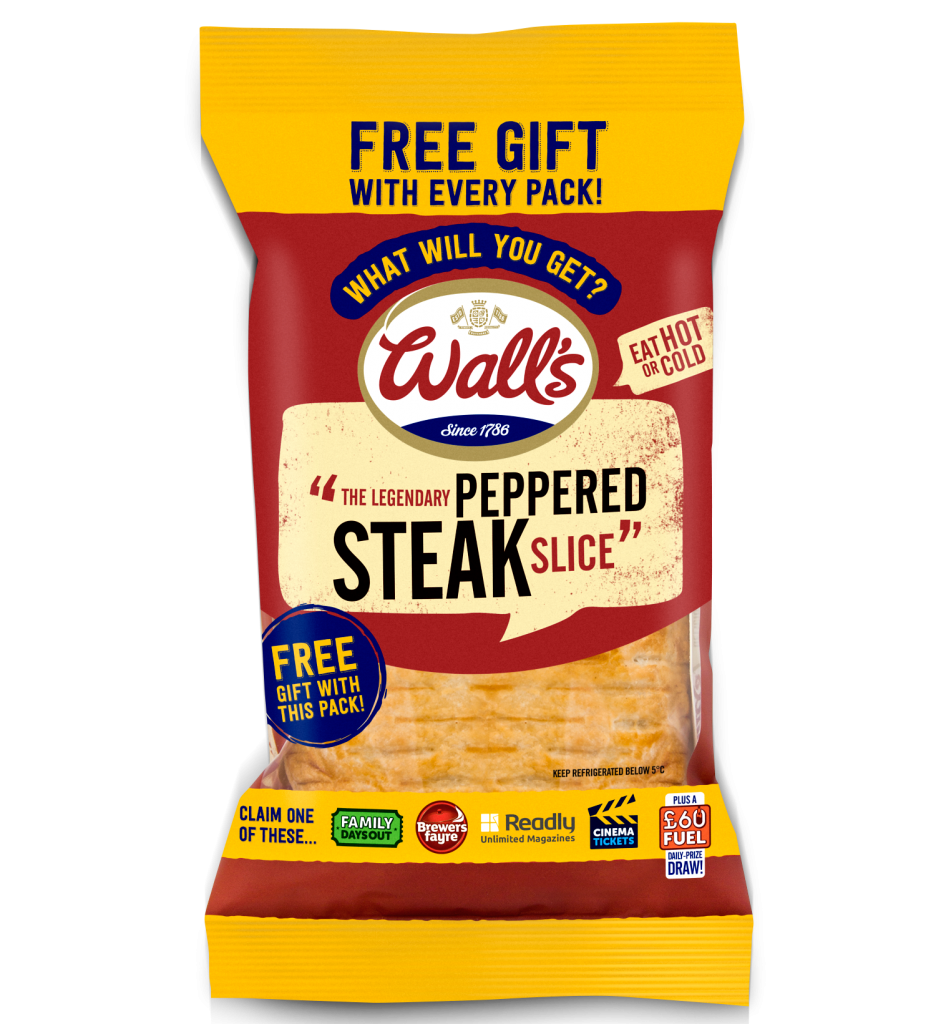 Wall’s Pastry predicts this ‘experiential marketing’ will have a major impact on the success of the Helping Hand campaign and general sales.

Prizes on offer include two-for-one days out, two-for-one on Odeon cinema tickets, two-for-one at Brewers Fayre, and a free month’s subscription to Readly, which allows winners to read any magazine of their choice. Also on offer will be a daily prize draw for a free tank of fuel worth £60.

The promotion is running until the end of September. Each pack features a code, which can be entered through a new promotional site www.winwithwallspastry.co.uk, to win a prize and be entered in the daily draw for free fuel.

Michael Holton, brand and marketing manager at Wall’s Pastry, said: “We’ve committed considerable investment in what is a major on-pack promotional campaign. It will run on more than five million packs, through all our major customers including high street supermarkets and convenience store chains. We are predicting it will be a significant driver of Wall’s Pastry sales.

“The fact that every pack offers a prize should create a major impact on-shelf and will also help raise awareness of our Helping Hand campaign to find, support and regenerate local community projects.”

Industry urges shoppers to put lamb back on plates