In recent years, the numbers of businesses in Wales which have diversified into premium cured meats has been on the rise. 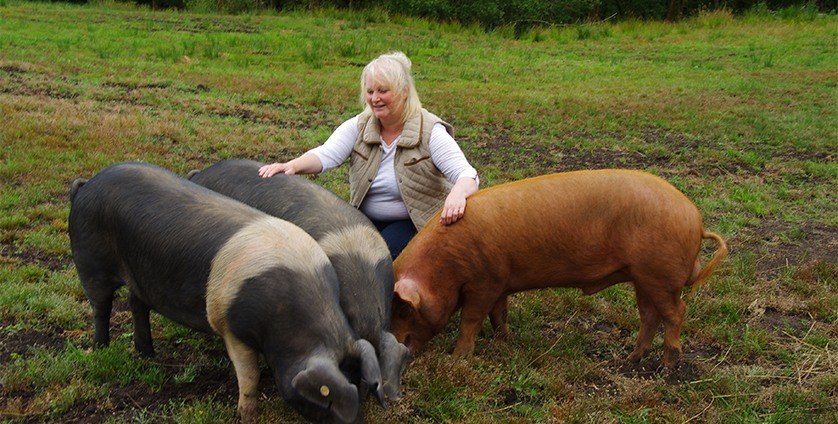 Now, one has scooped international prizes, with Cwm Farm Charcuterie of Pontardawe tickling the tastebuds of the judges of a prestigious Greek competition to claim a gold medal for top-quality salami based on local ingredients – laverbread and their own rare-breed pork.

Cwm Farm’s Ruth Davies submitted four of their products for judging by a prestigious panel of chefs and food experts at the Olymp Food Awards in Athens. In addition to capturing a gold medal with laverbread salami, the Swansea Valley company also scooped a silver for their new product of salami crisps, as well as bronzes for both leek salami and port-infused black pudding.

Ruth Davies said, “We’re very proud to have been awarded these prizes by an international panel of judges, from among thousands of entries.

“We’ve invested in expanding the business and new innovative products, but without losing the quality that’s at the heart of what we do, and it’s great to see this pay dividends.”

Kirstie Jones, marketing officer for Hybu Cig Cymru – Meat Promotion Wales (HCC), said that the prizes were a fantastic recognition for the efforts of Cwm Farm, and a sign that high-quality cured meats were becoming a respected part of Wales’s food offering.

“Huge congratulations to Ruth and the team at Cwm Farm who have been successful in UK awards and have now been recognised internationally.”