Home » News » Will the Chancellor ‘chicken out?’

Will the Chancellor ‘chicken out?’

Will the Chancellor ‘chicken out?’

Craft butchers, including NFMFT members throughout England and Wales are joining the British Poultry Council and Morrisons supermarkets in the fight against George Osborne’s ‘Chicken tax’.

The move by thousands of independent retailers across the country comes on the heels of victory against the Government’s ‘Pasty tax’ which was won with butchers joining bakers across the UK in a protest earlier this year. 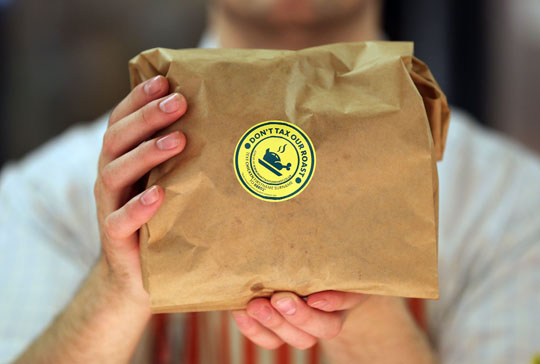 Independent retailers and Morrisons are together on fighting the chicken tax.

In the interests to preserve a ‘level playing field’ the Federation (NFMFT) wrote to the Chancellor in the summer asking him to apply similar treatment in regard to vat on all hot food including chickens, which are sold in a similar way to hot pasties.

The Federation was told that a review was taking place and results would be published this month. The Federation says it believes that the results of the review are confusing and is not what were expected.
Federation chief executive, Roger Kelsey, said: “It would seem that the Chancellor has returned to his original position in that all hot take away foods sold with the intention of being kept hot after cooking, prior to sale and in transit following the sale will be subject to vat”. He believes in the case of hot chicken confusion also arises with the interpretation of heat retaining and reinforced containers.

“Freshly cooked chicken,” Kelsey continued, “will exude juices and fat which without adequate packaging will compromise customer safety during transit. Hot chicken is usually put in a reinforced protective container or bag which will prevent harm being done to the customer. However, because of the nature of the packaging the bag or container will also provide a degree of insulation. Which needs to be made clear to the Chancellor and allowances must be made!”