The third leg of the Regional Pork Product Excellence Awards Roadshow received record entries of 401 products from 59 butchers in the North East region. 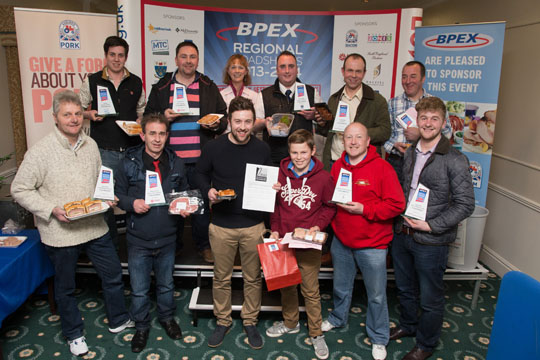 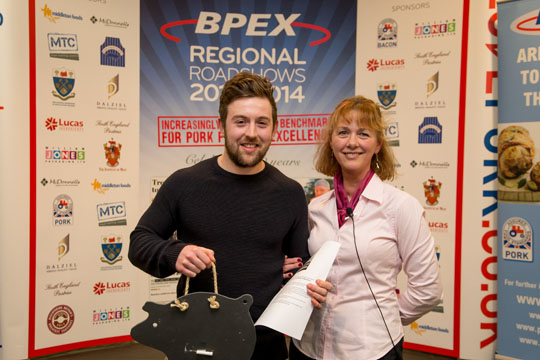 Simon Haigh from Bolster Moor Farm Shop said: “Our pork pies and sausages are our trademarks. They deliver because we use quality pork from a trusted supplier. We also like to innovate and follow culinary trends so that we can develop new products that are a little bit different from the norm, which have real appeal to our customers. As we supply local, high class restaurants, we can keep track of what the chefs are up to and we take our inspiration from them.

Also celebrating on the night was Michael Smith from York-based Ainsty Farm Shop; at just 24 years old, he picked up the prestigious ‘Young Sausage Maker’ title with his ‘Plain Pork Sausage’, having started out as a butcher only three and a half years ago after previously working as a car salesman.

Michael said: “Butchery came naturally to me from the start and only three months after starting work at Ainsty I won my first Gold Award at the BPEX Regional Roadshows. Winning the ‘Young Sausage Maker’ category at this year’s awards was brilliant and is an incentive to develop my butchery skills further. I will be training up others at the shop so that I can pass on my skills and my passion for producing quality sausages to them.”

Claire Holland, BPEX product marketing manager, said: “We were delighted to see such a great turnout from butchers in the region – 401 entries from 59 butchers is the highest number of entries we have had since we started doing the roadshows ten years ago!

“And the standards did not disappoint, which made judging incredibly hard. Over a third of the products entered achieved a gold award – scoring 95-100 points out of 100. That’s a real testament to the quality of the products being produced by butchers and farm shops in the North East.”

The next roadshow in the 2013-2014 season takes place at the Three Counties Showground, Malvern on Wednesday 19 February. Butchers in the region are invited to browse trade stands and enter the product evaluation event. Entry forms and guidelines can be downloaded from http://porkforbutchers.bpex.org.uk or entry and payment can be done online at www.bpexentries.co.uk/roadshows.