The Worshipful Company of Butchers’ annual Boar’s Head Ceremony took place on 5th December in the City of London. 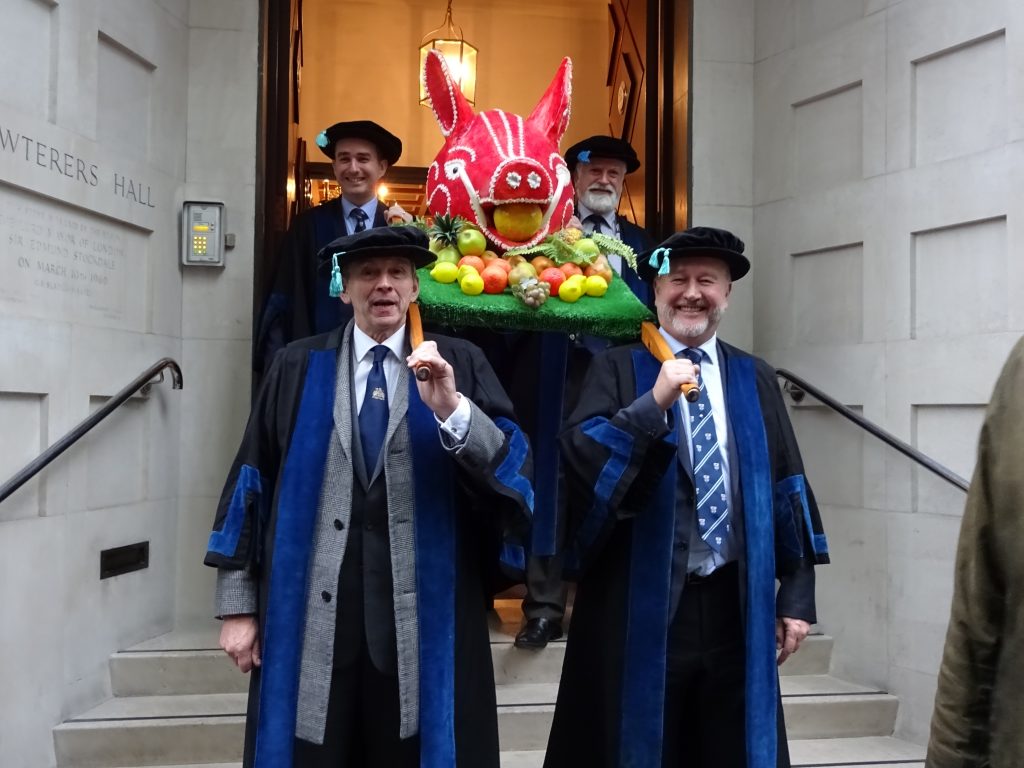 The event is held every winter and sees members of the court and livery company process from Butchers’ Hall to Mansion House – the home of the Lord Mayor – led by a troupe of drummers.

With Butchers’ Hall currently closed for refurbishment, this year’s procession set off from Pewterers’ Hall but included all the usual ceremony and was enjoyed by hundreds of onlookers.

The centrepiece of the procession is a boar’s head which is presented to the Lord Mayor on arrival at Mansion House. Traditionally a real boar’s head was used but these days an elaborate man-made centrepiece takes its place.

Meat Management publisher Graham Yandell and director Rob Yandell had the honour of bearing the boar’s head for the procession this year, along with court member Bill Jermey of The Institute of Meat (IoM) and liveryman Roger Kelsey of the National Federation of Meat & Food Traders (NFMFT).

After the presentation to the newly appointed Lord Mayor, Charles Bowman, a real decorated boar’s head was carved and served to City dignitaries, liverymen and their guests for tasting. BDCI festival chairman and Sainsbury’s master butcher Julien Pursglove assisted the Lord Mayor in the carving.

The Boar’s Head Ceremony can be traced back to 1343, when John Hammond (a grocer) was the City’s Lord Mayor.