Hybu Cig Cymru – Meat Promotion Wales (HCC) heads to the world’s largest food trade fair at Anuga in Cologne in October, looking to continue the growth of the profile of PGI Welsh Lamb and PGI Welsh Beef in Germany and nearby countries despite the uncertainty of Brexit. 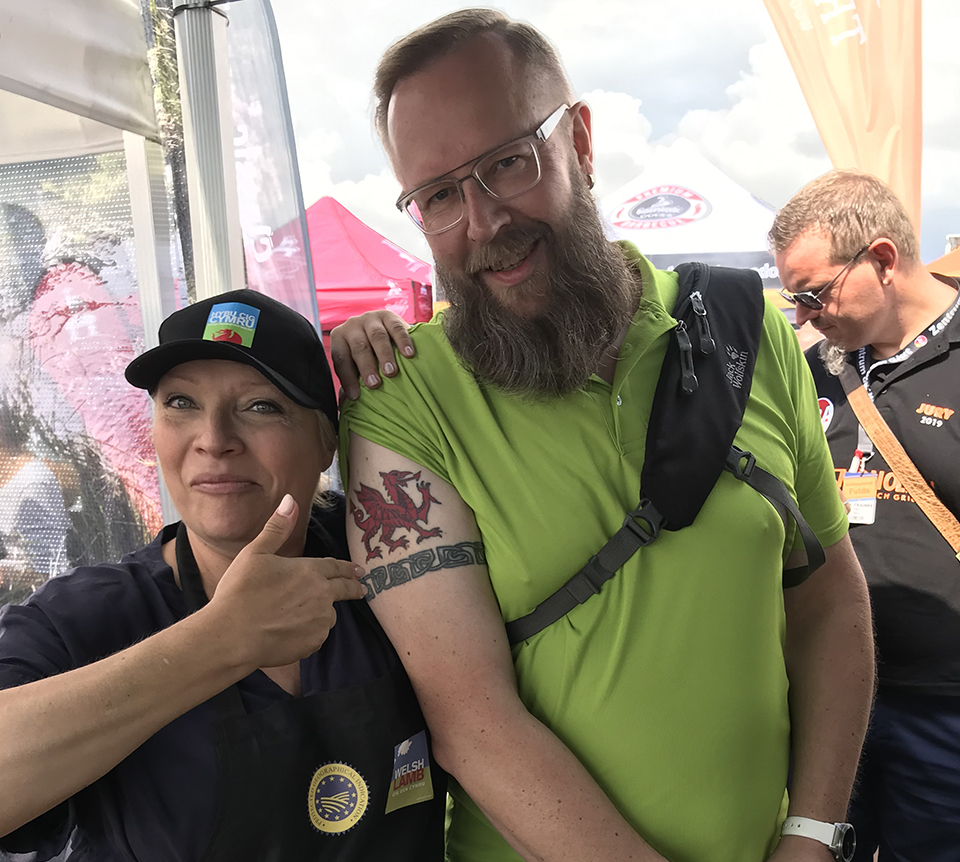 During the first six months of 2019, sheepmeat exports from the UK to Germany were up by 24% over the same period a year ago, and HCC has continued its successful drive to raise the profile of Welsh red meat in German-speaking markets.

Among the initiatives this year has been a major Welsh Lamb promotion at the German National Barbeque Competition in Fulda in August, where around 10,000 people sampled the meat over the course of the two-day event.

This promotion was reinforced by a programme of work with a number of meat trade suppliers, including butchery and cookery MasterClass demonstrations aimed at leading German chefs in Hamburg and Berlin, a visit by leading chefs to Wales to see farming practices first-hand, a presence at the annual Lebensmittel Praxis Meat Congress, and work with press and media including developing the Welsh brands’ social media presence.

In Switzerland too, Welsh Lamb was represented in a trade foodservice MasterClass and an event in the British Embassy.

“It’s been an exceptionally busy year for us,” said HCC in-market representative Patricia Czerniak. “The barbeque competition in particular was a great success, where we introduced Welsh Lamb to new audience, but were also delighted to meet people who were already huge fans of Welsh food such as barbecue chef Stefan Marotz, who are great ambassadors for our produce.”

HCC’s activity in German-speaking markets has been supported by the Welsh Government’s Enhanced Export Programme, announced at the last Anuga trade show two years ago.

HCC export development executive Deanna Jones said, “During the first full year of funding, the Enhanced Export Programme has been successful in maintaining £156 million worth of sales of Welsh Red Meat in established overseas markets.

“Investment in key European territories has focussed on both trade account development via in-market representatives, and ongoing consumer communications including digital marketing and social media,” she added.

“Political uncertainty at Westminster has not made things easy in the German market this year,” said Deanna. “But there will be over 150,000 visitors in Cologne from 5th-9th October, including representatives of key foodservice suppliers and retailers. It’s a chance to reassure them that we value their custom, and will do everything we can to ensure that trade continues.”

Minister for Environment, Energy and Rural Affairs, Lesley Griffiths, said: “It’s brilliant to see Welsh red meat doing so well in Germany and reaching new markets. We are determined to support the industry in every way we can, through the likes of our Enhanced Export Programme, to ensure food businesses have the tools to be successful when they trade with Europe and further afield. I look forward to seeing Welsh red meat continuing to excel in overseas markets.”