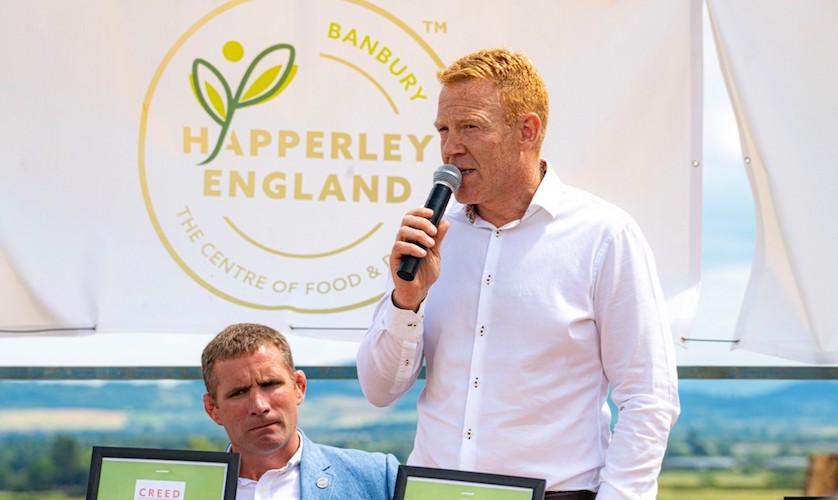 Best known for his appearances on BBC’s Countryfile, Henson said: “I think that meat production does need to look at itself carefully.

“In the UK we are 25% better than many other countries around the world when it comes to impact on the climate, we also have very high standards of animal welfare too.

“I would urge people to always look to buy British where they can but also consider that the grazing livestock around the UK has shaped our countryside to make it look as beautiful as it is. If you think of the Brecon Beacons or the Lake District as well as the Welsh and Scottish mountains for example. Grazing animals produce incredibly high-quality protein off rough pasture that holds the carbon in. I think it’s an amazing use of the land and keeps it looking the way that it is.”

“Eating a really good quality product that has had a very good life and also a very clean, quick and efficient death and has been butchered well is important.”

Henson continued: “I’m a great meat eater but I think it deserves to be valued. Yes, perhaps less is more. Eat good quality meat from good sources and then value what you’re eating because ultimately a creature has died for you to be able to eat it and you need to value it.

“We keep rare breeds of farm animals and ironically, we encourage people to eat them. The more you eat the more that gives an outlet to the farmer who’s keeping those rare breeds therefore the more they keep and the less rare those breeds become. By eating those you’re supporting rare breed conservation.

“If you know the farmer and know the source and have a story behind it, that localism is really important. Eating a really good quality product that has had a very good life and also a very clean, quick and efficient death and has been butchered well is important. Through buying that food you’re supporting that farmer and also that spider’s web of economy that the farm supports itself.”