AHDB says medic group has got it wrong on meat advice

AHDB says medic group has got it wrong on meat advice

A niche group of medics suggesting hospitals should stop serving sausages and bacon have misunderstood the report they are relying on to back up their claim, according to the Agriculture and Horticulture Development Board (AHDB). 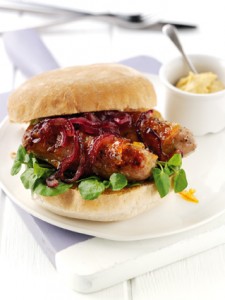 The Plant Based Health Professionals group quoted a 2015 IARC report suggesting it showed a person has as much chance of developing cancer if they eat processed meat as they would if they smoked or handled asbestos, so patients, staff and visitors should not be served these products.

However Maureen Strong, nutritionist with AHDB, which represents 72 per cent of agricultural output in Great Britain, said the IARC report looks at hazards only and to suggest otherwise is misleading.

“It is a worrying that this small group of medical professionals, who people may look to for advice, are suggesting something that it is completely not true. At best, they have misunderstood the report. At worst, it seems that they are pushing a lifestyle change which could have a negative effect on the health of some people,” said Maureen.

“We should be able to expect our hospitals to respect the importance of the totality of scientific evidence to inform policy decisions. To suggest that the IARC report on processed meat implies that it causes cancer is wrong. IARC merely performed a hazard analysis which in no way proves cause and effect.

“A banana skin on the ground is a hazard but it does not mean that all banana skins can cause accidents and are, therefore, potentially harmful to health. Whilst IARC has placed processed meat in the same hazard analysis category as tobacco smoking and asbestos, WHO does point out that this does not mean they are all equally dangerous.

“It is worth noting that processed meat is in the same hazard analysis category as HRT and contraception pills, both of which are prescribed by doctors and for which there is no suggestion of any change in behaviour.

“NHS administration should take note of this to avoid making ill-informed policy decisions which could mislead the general public.”

Maureen added that under IARC definitions, most fresh sausages in the UK would not fall into the category of processed meat.

To find out more about the facts around red and processed meat as they relate to the IARC report, go here.