AIMS forces Mitsubishi to back down over Channel 4 documentary

AIMS forces Mitsubishi to back down over Channel 4 documentary

The Association of Independent Meat Suppliers (AIMS) has succeeded in getting Mitsubishi to remove its sponsorship from Channel 4’s ‘How to steal pigs and influence people’ documentary. 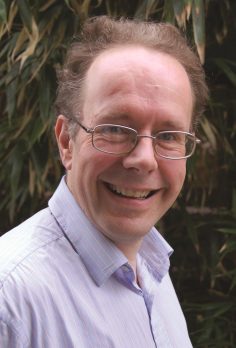 Tony Goodger, a spokesperson for AIMS.

The car manufacturer was lambasted on social media from farmers and the meat industry after it was revealed its sponsorship deal extended to Channel 4’s latest documentary, which features a group of vegans and ex-vegan influencers attempting to carry out farmyard heists.

Alongside the National Pig Association, AIMS and its members put pressure on Channel 4 to remove the programme and for Mitsubishi to withdraw its sponsorship. Tony Goodger of AIMS explained: “It is our view that many businesses and individuals within the farming and food industry would consider a Mitsubishi the vehicle of choice. The brands association with this programme has the potential for significant reputational damage and we strongly urge them that they withdraw their links to it.”

“We try to remain neutral on emotive topics however the upcoming documentary ‘How to Steal Pigs and Influence People’ has the potential to cause distress therefore we will not be associating ourselves with this documentary.”

Following AIMS’ intervention, Mitsubishi released this statement within 24 hours, announcing that the advert would not feature alongside the documentary.

“Mitsubishi Motors in the UK is a proud sponsor of documentaries on Channel 4 but occasionally the subject matter can cause upset.

“We try to remain neutral on emotive topics however the upcoming documentary ‘How to Steal Pigs and Influence People’ has the potential to cause distress therefore we will not be associating ourselves with this documentary.

“Mitsubishi Motors in the UK does not condone criminality or illegal and irresponsible activity in any form. We have no contact whatsoever with of the participants of this documentary and do not support their actions.”

Norman Bagley, head of policy for the Association of Independent Meat Suppliers (AIMS) said: “Mitsubishi has withdrawn its sponsorship from the programme. AIMS is now working with the National Pig Association to try to get the programmed dropped altogether. It is our view that by pressurising Mitsubishi into withdrawing its support, Channel 4 may consider that screening is ill advised.”

Bagley continued: “For our part, we have declared on social media that we will name and shame any brand which advertised immediately before, during or immediately after broadcast questioning why they wish to associate their products with a programme which has promoted illegal activity.”

Calls for Government to help save small abattoirs