The Advertising Standards Authority (ASA) has banned Burger King from advertising its Rebel Whopper burger as vegan friendly after it was found that it is cooked alongside other meat products and contains eggs. 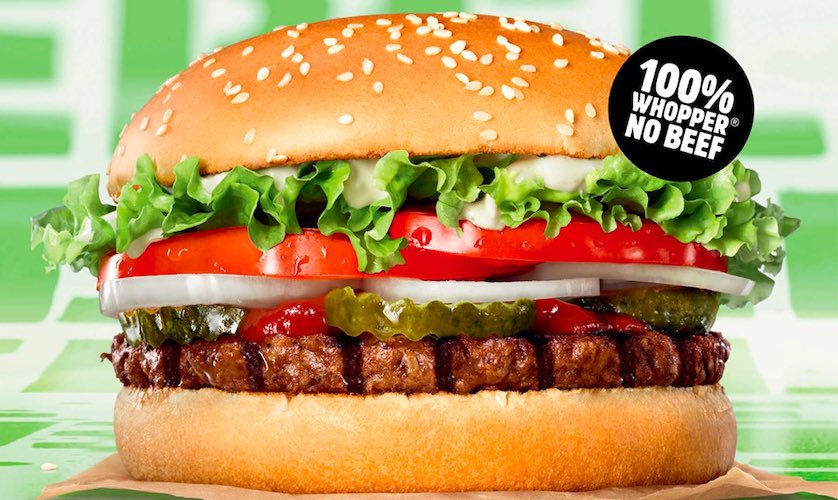 The ASA received ten complaints which claimed the burger is not suitable for vegans or vegetarians and those with egg allergies because it was cooked alongside meat products and used egg-based mayonnaise.

In its rulings the ASA said: “…consumers would understand the claims “100% WHOPPER. NO BEEF” and in particular the claim “plant-based burger” to mean that the burger did not contain any beef or animal products.

“We considered that the presence of the “Vegetarian Butcher” logo, the green colour palette and the timing of the ad and product release to coincide with ‘Veganuary’ contributed further to the impression that the product was suitable for vegans and vegetarians. However, we understood that although the patty itself was plant-based, it was cooked on the same grill as meat products.

“We also understood that the complete burger contained egg-based mayonnaise. For those reasons the burger as-sold was not suitable for vegans or vegetarians.”

“…the timing of the ad and product release to coincide with ‘Veganuary’ contributed further to the impression that the product was suitable for vegans and vegetarians.”

Burger King said that the small print at the bottom of the ads stated that the Rebel Whopper may not be suitable for vegans or vegetarians as it was cooked alongside other meat products.

It also stated that the information was clearly communicated to journalists and clearly stated on all social media posts and subsequent customer dialogue.

They also explained that they had excluded the Vegetarian Butcher logo from TV as it was considered potentially misleading.

Burger King also said that the product itself consisted of a 100% plant-based patty supplied by the Vegetarian Butcher and had no beef. They added that a customer who did not want mayonnaise could have excluded that from their order.

The ruling means that the Burger King ads for the Rebel Whopper cannot be displayed again in their current format.

FSA meets with industry to keep up virus effort