Following Stuart Roberts of the NFU, calling for processors to match AHDB marketing funding pound-for-pound the BMPA has said it would: “Welcome a meeting or even a beef summit involving everyone in the supply chain including the retailers and foodservice sector who are our link to the consumer.”

The statement from the British Meat Processors Association expresses disappointment with Roberts’ approach and says it believes the comparisons with the dairy industry are not valid.

“There are some underlying long term challenges to meat eating generally and some specific to beef that need addressing and that will only work if the whole supply chain works together rather than parts of the supply chain sniping at one another.

“We believe that any promotional campaign should be embarked on with the support of retailers and the foodservice sector. Their support at store level and in the increasingly important eating out of home space would magnify industry marketing spend and deliver more value for money for levy payers. 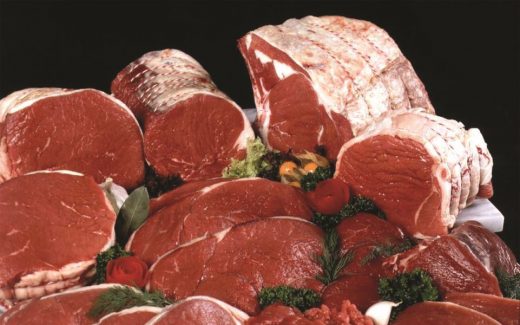 “Stuart Roberts’ call for processors to match the AHDB marketing funding pound-for-pound in a campaign that mirrors the dairy sector approach has left many in the processing sector disappointed both by the approach and by the way that this has been launched in the media before there have been any discussions with the sector.

“Stuart Roberts should know that the meat levies are already funded by about a 25% contribution from processors which is not the case in the dairy sector.  The comparisons with the dairy sector are simply not valid.

“This current processor contribution amounts to approximately £6 million, which easily matches what the AHDB is putting into marketing already.

“Food processors have also recently borne the brunt of some sharp increases in Red Tractor licensing fees which have largely been used to fund the recent TV campaign; and those license fees are scheduled to increase again this year.

“For some time now many meat processors have been calling for AHDB to refocus it’s marketing programmes to deal with the issues that they believe are really damaging the sector and to promote and advocate in such a way as to mitigate that damage. In fairness, the AHDB has listened and has formed an industry group to work together to address what most people accept are the underlying long-term issues.

“We will continue to work with AHDB and look forward to some constructive and inclusive proposals from the NFU.”

As Meat Management previously reported it is clear that challenging conditions in the beef market are being experienced at all levels of the supply chain, and the Scottish Government has announced plans to hold a special beef summit in Stirling in the coming weeks, to be chaired by Cabinet Secretary Fergus Ewing.