Home » Brexit » Brexit and the meat industry: What happens now?

With the UK calling to an end its 47 year membership of the European Union, Meat Management explores what Brexit really means for the meat industry.

Over the past few weeks, a number of organisations and key figures have spoken out on the major topics surrounding Brexit and the meat industry. 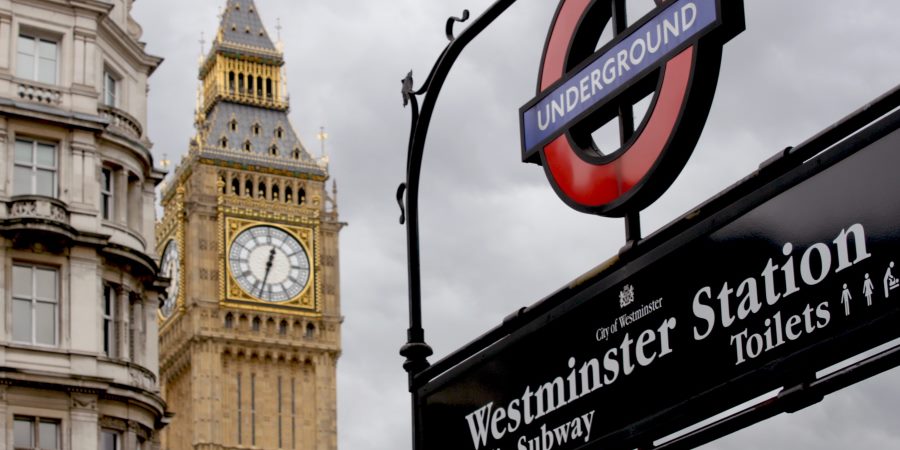 Most recently, a number of farming organisations and trade bodies signed a letter addressed to the Prime Minister, calling for a firm stance on welfare and environmental standards in any trade deals that are negotiated after the UK leaves the EU.

One of the bodies to sign the letter was the National Sheep Association, with chief executive, Phil Stocker, commenting: “There has never been a more important time for the industry to unite and work together, with wider interest groups where possible, for the greater good of our farming communities, our countryside, landscapes and food production. We’re extremely pleased to be a part of such a diverse and united group and hope this sort of unity can continue in the future.

“To see such a cross-sector group collaborate in this way shows the severity of our collective concern for the future of UK agriculture and our unique approach to food production, and the letter to the Prime Minister makes it clear that failing to uphold standards would not be acceptable.

“There are clear benefits to be gained by maintaining our high standards but in doing so we must ensure the UK doesn’t ‘offshore’ welfare or environmental problems by allowing cheaper and lower standard food to be imported. This must include products like lamb, sold as primary cuts, and also ingredients going into food manufacturing.”

Hundreds of farmers from across the country will also gather in London on March 25th to join the National Farmers Union (NFU) in a rallying call to Government, urging them to insist that any future UK trade policies will not compromise the standards of British farming and that any imported food meets the same level of quality.

The mass rally will bring together farmers, consumer representatives and experts in animal welfare and the environment, in a show of unity backing the future of British farming and underlining the role farmers play in supplying the nation with safe, traceable and affordable food and protecting our countryside. They agree that British farming’s world-leading standards must be safeguarded in future trade deals.

NFU President Minette Batters said: “This year is absolutely pivotal for the future of our country, our farmers and the food on our plates. Nothing will determine this more than how the Government shapes trade deals with the EU and other countries around the world.

“This event is about bringing together people from across British business who acknowledge and value the importance of food and farming. They are crystal clear that the Government must hold the line that they will uphold British farming’s high standards in trade deals, and crucially they must hold imports entering the country to that same standard.”

Batters continued: “Failure to do so risks undermining British food production and our own domestic farming industry. We share the Government’s ambitions to deliver more for the environment, but in doing so, we must not offshore our food production to those parts of the world who do not share our values and standards.

“This is an opportunity for hundreds of people to come together and make their views clear that the Government must not sacrifice British farming on the altar of free trade and we will be inviting MPs to attend to hear that message first hand.

“British farming can be one of the leading lights of post-Brexit Britain if the Government chooses to become a global leader in championing sustainable, climate-friendly food that our farmers produce here. Farmers across the country are ready to rise to that challenge and we stand ready to work with the Government on that journey.”

“Recognition of our world leading standards, backed by the creation of a Standards Commission, are crucial…”

Speaking from Westminster, ahead of a meeting with Treasury on future funding, director of policy, Jonnie Hall said: “The hard work already undertaken will intensify as we pull every lever that we can to ensure Scottish agriculture, and the extremely high standards we produce to, are upheld long into the future.

“Almost 43 months of uncertainty have finally concluded and the key message for Scotland’s farmers and crofters is that nothing will change overnight.  However, negotiations in the coming months will be defining.

“The UK is now entering a transition phase out of the EU, during which time the terms of the future trading relationship with the EU will be negotiated, working towards a 31 December 2020 deadline. In parallel, the UK Government will also commence with an independent trading policy with new third countries.

“Recognition of our world leading standards, backed by the creation of a Standards Commission, are crucial if we are to avoid exposure to imports produced to standards that are unacceptable here.

“The transition phase will also be of vital importance to the many members of the Scottish food and farming sectors who employ workers from outside the UK. The UK Government will create a new system of immigration which will commence on 1 January 2021 and NFU Scotland is lobbying as hard as ever to ensure that there are pathways available in the new system for the agri-food sector to employ manually skilled seasonal and permanent workers to undertake essential roles in the sector.

“This next phase will be challenging for all, but we must also see opportunity in this new era.  NFU Scotland is ideally placed build on the good work it has already undertaken with Scottish Government on the priorities for a future agricultural support system that allows farms and crofts to become more profitable, productive and deliver on their responsibilities to the environment and climate.”

Batters also commented on how important it is for the UK to remain as one of the major global players in terms of animal welfare standards.

“In Britain we have some of the highest standards of animal welfare, environmental protection and food safety in the world. Our farmers have worked hard to earn this place on the global stage and are rightly proud of their reputation. It is imperative that our food values are upheld as we enter into international trade negotiations with parties such as the US, Australia, New Zealand and Japan. We cannot risk betraying these values by allowing food imports such as chlorinated chicken and hormone-fed beef – food that has been produced in ways that are illegal here – onto our supermarket shelves.

Despite the calls for standards not to be compromised, NSA does recognise the challenge ahead for a trade deal to be struck in time for 31st December 2020.

NSA Chief Executive Phil Stocker said “As we take this step as a country, it’s absolutely vital care is taken to protect agriculture in the UK and recognise it for the vibrant and vital industry it is. The UK grows some of the highest quality food in the world, something our farmers are extremely proud to produce. Our sheep farmers have an excellent record for delivering healthy nutritious delicious food raised using environmentally sustainable methods.”

“The Prime Minister has been clear he isn’t prepared to extend the transition period any further than December. This leaves the very real challenge of negotiating our future relationship with the EU in just 11 months. However, it is necessary a trade deal with the EU, or other equally sized markets, are in place by the end of the year, so the sheep sector is not again facing the significant tariffs attached to trading on WTO rules.”

“I’ve heard a few comments of late that ‘now Brexit is done’ we can move on and think about other things. Unfortunately, that isn’t quite the case…”

Speaking in her column in the latest edition of Meat Management magazine, Katie Doherty of the IMTA analyses the importance of trade deals to the UK.

“I’ve heard a few comments of late that ‘now Brexit is done’ we can move on and think about other things. Unfortunately, that isn’t quite the case – we still have to negotiate our future relationship with the EU. The Conservative Manifesto provides some clear indications of where our government, now with a sizeable majority is aiming, stating that they “will keep the UK out of the single market, out of any form of customs union” which could mean customs declarations, veterinary certification and some level of veterinary checks between the UK and the EU.

“The Manifesto also commits to not extend the implementation period beyond December 2020. Given that the EU has certain processes for ratifying any type of trade agreement and also will take time (possibly until March) to determine its negotiating mandate, if the UK government sticks to its guns on this, we don’t even have a full year to negotiate. If efforts to reach an agreement fail, then we are still faced with the threat of a no deal at the end of this year.

“Providing all ratification processes go through, the UK will enter a transition period from 31st Jan. Though trade-wise things should remain as they are during this time, the UK will be able to start discussions with new free trade agreement partners including Australia, New Zealand, the US and Japan. It will be essential that there is close and detailed consultation with industry on all of these.

“The Manifesto also promises to “redouble…efforts to promote British businesses and UK exports and dismantle barriers to trade” and “gain market access for British businesses.” As an industry where exports are crucial, we need to hold the government to account on this! IMTA would like to see the government acting rapidly on this commitment and opening new markets for our industry including widening the products we can send to China (e.g. poultrymeat, lamb).

“Outside the political sphere, 2020 sees a new set of trading terms, The Incoterms 2020® for which IMTA organised training for members before Christmas. A standing agenda item at IMTA meetings, 2020 will see the continued impacts of African Swine Fever. On the 14th of December we saw the new EU Official Controls rules come in to play and a new EU computer system TRACES NT which is still bedding in. This is part of the EU moving towards more electronic processes at the border and the so called ‘single window’. In the future, technology will play an increasing role in many aspects of our industry and trade in general.”