Prime Minister Boris Johnson has said he is very confident about getting the majority he needs to get Brexit done by his 31st October deadline. 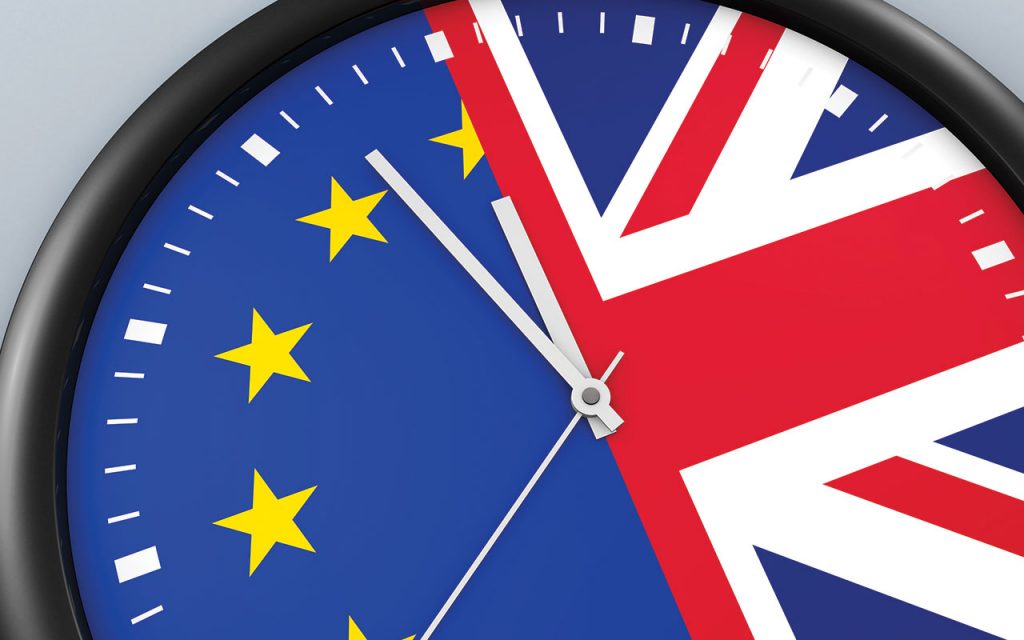 However, the PM is now in a race against the clock to sell the Brexit deal he struck yesterday with the EU to Westminster MPs, prior to a Commons vote tomorrow, Saturday 19th October.

The Northern Ireland DUP together with Labour, the SNP and the Lib Dems all currently plan to vote against the deal struck in Brussels. That means Mr Johnson must persuade any Labour rebels, ex-Tories who no longer have the government whip, and hard line Tory Brexiteers to get on board.

A spokesman for Mr Johnson said he and his team were spending the day on the phone to MPs from across the Commons to sell the deal. It is understood that the PM will hold a cabinet meeting in No 10 later today.

Katie Doherty of the International Meat Trade Association (IMTA) said: “Everyone is braced for what the weekend might bring – it is looking like the numbers will be very close in terms of votes on the agreement which Boris has brought back from Brussels. As I hope the MPs are doing, we at IMTA are busily trying to digest the content of the agreement to see what it might mean in practice.

“In the political declaration which has been amended as part of the agreement reached by Boris and the EU, it refers to establishing ‘the parameters of an ambitious, broad, deep and flexible partnership across trade…with a comprehensive and balanced Free Trade Agreement’. The uncertainty of no deal has certainly been a challenge for companies in recent months, but a transition to December 2020 (unless there is a mutually agreed extension) has its own uncertainties – what kind of Free Trade Agreement (FTA) would result from negotiations?”

Alan Clarke, the Quality Meat Scotland Chief Executive, said: “The announcement of agreement over Brexit is to be welcomed, although there remains a number of challenges, not least of which are Westminster discussions this weekend and getting agreement from the European Parliament.

“Nevertheless, in principle, it removes the immediate risk of disrupted trade flows of meat to the European Union which is such an important part of our red meat trade and in particular, at this time of year, for our sheep sector.

“In the longer-term, questions remain to be addressed that are recognised in the Political Declaration with regards to establishing frictionless or near frictionless trade in respect of, for example, regulatory equivalence and non-tariff trade requirements and movement of EU nationals to work in the UK.”

Northern Ireland’s LMC Chief Executive, Ian Stevenson, added: “the Northern Ireland beef and lamb industry breathed a collective sigh of relief that a deal has been struck. Concerns had been growing that a potential no deal scenario was getting ever closer on 31st October with the catastrophic consequences that would have caused.

“Attention now returns to the Parliamentarians in Westminster to determine what happens next. If the deal is approved the all-important detail of what arrangements will look like on the ground need to be teased out.

“Negotiations to establish the critical future relationship between the UK and the EU have yet to begin and our industry and it’s representative bodies have a long period of effort ahead to work towards arrangements that allow the industry to develop a sustainable and profitable path into the future”.

Norman Bagley of AIMS responded in similar tones: “On the face of it and subject to parliamentary vote on Saturday the cliff edge has been avoided. Southern Ireland was always the key from day one and so it has been proved. Much work to do on long term trading relationships but most businesses will be pleased to see the back of uncertainty.”

Nick Allen of the BMPA also welcomed the hope that a deal would be agreed via Parliament: “We will have to wait and see how the politics plays out in the House of Commons and whether this proposal gets approved or we face a delay. Either option is better than crashing out in a no-deal on the 31st October.

“We have been highlighting to Government recently some of the issues that remain unresolved in the no-deal scenario that will cause severe problems for the meat sector and the meat supply chain. We have also highlighted the concerns about the temporary tariff rates that have been set.

“Despite claims that there will be protection for UK beef farmers in a no-deal scenario, the reality of the Government’s tariff proposals is that our beef suppliers will face unsustainable competition from global rivals producing to different standards. This has serious implications for farmgate prices for UK producers in what is an already depressed market.

“Add to this the well documented disastrous outcome of no deal for the sheep sector and the chaotic disruption to trade in the pork and bacon sector, and the no-deal picture looks bleak.

“Put all this together and you realise that the viability and sustainability of the UK meat and livestock sector is being put at huge risk. Frustrating and costly as all this is, no-deal will be worse. All we can do now is wait and see if we are going to have a deal, a delay, an election or a confirmatory vote. I don’t think anyone could claim that the last six months have been put to good use.”

Gwyn Howells of HCC / Meat Promotion Wales summed up: ““Uncertainty around Brexit has been a continual challenge for our industry. A political solution must be found which enables Welsh farmers to have fair and unfettered access to established European markets, as well as ensuring the availability of labour, and mutual recognition of PGI and other protected food names, which has been a cornerstone of HCC’s marketing efforts over the past fifteen years.”