Results from data collected by the British Poultry Council has revealed that the use of antibiotics in the poultry sector reduced by 28% in 2015 compared to 2014. 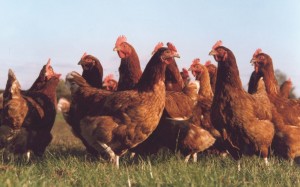 “Our sector has led the way, with real progress seen since the formation of our BPC Chicken Antibiotic Stewardship Scheme in 2011,” BPC chairman, John Reed, said. “The data shows that the industry is holding to its commitment.”

The British poultry meat sector is currently the only sector that collects and shares its antibiotic usage with the Veterinary Medicines Directorate (VMD).

“The British Poultry Council and its members do not support the routine use of antibiotics and has strict measures in place to ensure that antibiotics, and in particular those considered to be of ‘highly critical importance to human health’ by the World Health Organisation (WHO), are only permitted if they are the sole therapeutic option to prevent a severe bird welfare crisis,” a statement from the BPC said.

In 2012, British Poultry Council members signed up to a voluntary ban on third and fourth generation Cephalosporins, a move seen as best practice by the VMD.

Recent data also shows that Fluoroquinolone usage was reduced by 53% in 2015.

Analysis of the data identified Colistin as an antibiotic that could be targeted.

Reed commented: “We recognise the importance of Colistin as an antibiotic of last resort for human medicine, the BPC membership undertake not to use Colistin in their flocks.”

The move marks another proactive decision by the sector, following through with its promise to promote responsible usage of antibiotics.

The British poultry meat sector works closely with Government and will continue to submit annual usage data to the VMD, to maintain its openness and transparency with both the VMD and wider stakeholders.