A catering student from New City College, London has been crowned British Poultry Student Chef of the Year 2019. 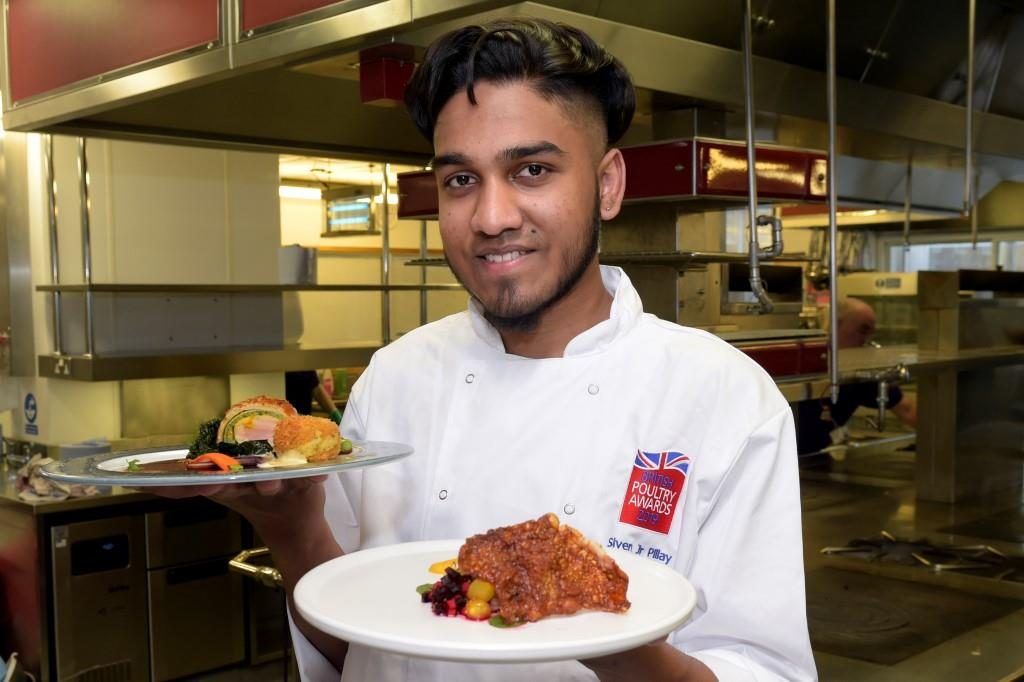 Siven Jr. Pillay was announced the British Poultry Student Chef of the year 2019.

He will go on to cook his dish for around 280 guests at the British Poultry Awards later in the year.

The runner up in the competition was 2018 champion Bayan Zuraiki, of UWL, for her main course of ‘Turkey roll with tomato sauce, couscous, baba ghanoush, spinach and crispy skin’.

The competition, organised by the British Poultry Council, challenges students from catering colleges all over the country to develop an innovative and delicious starter or main course using turkey.

Entries were received from all across the UK with just 8 students shortlisted to take part in the cook off, which was held at University College Birmingham.

In addition to work experience at The Sheraton Park Lane in the run up to the British Poultry Awards, the winner receives £200 of catering vouchers for themselves and £300 vouchers for their colleges.

Clay Burrows said: “This year was the toughest year we’ve had in the history of the competition; the standard of entries was fantastic, and the students brought a new level of creativity and innovation to the competition, shining a light on the versatility of British turkey.

“The winner did really well, and we can’t wait to see his dish served at the British Poultry Awards”

The winner will receive their trophy at the British Poultry Industry Awards which takes place on Thursday 19th September at The Sheraton Park Lane.