Kent Police have issued a warning to food traders following an incident on 18th February when six deer were found dead in what is believed to be a poaching incident. 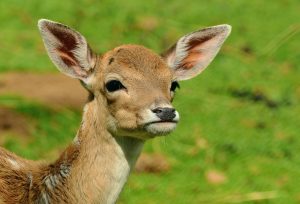 The deer were found in Swattenden Lane in Cranbrook, with their carcases stripped of meat.

Police are warning businesses, including pubs, restaurants and hotels, not to purchase any meat from anyone they do not know, and to check dealer’s legal documentation when buying.

Sergeant Marc Pennicott from Kent Police’s Rural Task Force, said: “We are reminding people to contact police with any information that will help us in catching poachers, particularly if you have been offered meat from sources other than bona fide dealers.”

The police also stated the impact that poachers have on landowners, saying that they often use high powered lamps, dogs and firearms to hunt and usually this will involve the illegal use of firearms, trespassing on private land and criminal damage.

According to Kent Police, signs for businesses to look out for include, vehicles parked on verges, in lay-bys or on bridleways; lines of people walking through fields with dogs, trying to raise hare or game and damage to gates and boundaries around land.

Sergeant Pennicott added: “Poaching is carried out by people who have absolutely no permission or authority to do so. It is also often done in an inhuman way which can cause great distress and suffering to the animals targeted.”