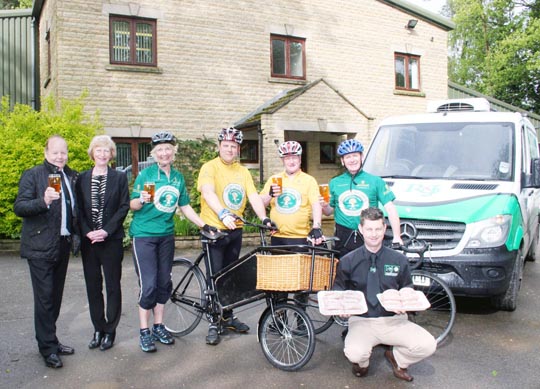 To celebrate the arrival of Yorkshire’s Grand Depart this summer, the Kirkby Malzeard-based catering butchers have hand-crafted a brace of bangers to be sold in Taylor’s pubs, one of which incorporates a special Le Champion Ale from the renowned Keighley brewer.

R&J have fashioned a Hog & Hop sausage containing the Le Tour tipple, a 4.5 per cent ABV French-style Blonde beer, along with a traditional Toulouse-style sausage with a Yorkshire twist. Both recipes feature 100% British pork.