Carol Smillie surprised one special lollipop lady with a warm, tasty treat as part of a new campaign to celebrate the humble pie. 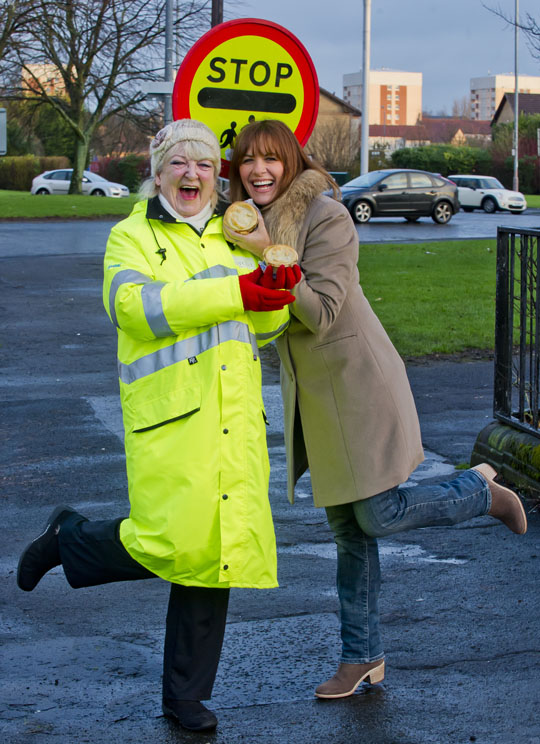 Traditionally the most depressing day of the year, Dorothy Gaffney’s Blue Monday was brightened when she was presented with the smiling pastry delight from local butcher Alex Christie, after a hard shift shepherding pupils safely into Garscadden Primary and St Brendan’s Primary schools.

The campaign – a collaboration between industry bodies Quality Meat Scotland, Scottish Bakers and the Scottish Federation of Meat Traders Association – will be running in butchers and bakers up and down the country to encourage consumers to beat the chill and the January blues with a piping hot pie. Posters pitching the meat treats as ‘Warm and Tasty – Wrapped up in Pastry’ will be tempting shoppers’ taste buds.

Douglas Scott, chief executive of the Scottish Federation of Meat Traders Association said: “Pies and pastry goods are becoming an increasingly important part of a butchers business and are proving extremely popular with consumers.

“The benefit in using craft butchers and craft bakers is that they source the finest quality meats, making their products with the same meat that you can buy minced, sliced or in roasts.”