The Agriculture and Horticulture Development Board (AHDB) chief executive, Tom Taylor, will be leaving at the end of November after more than four years in post. 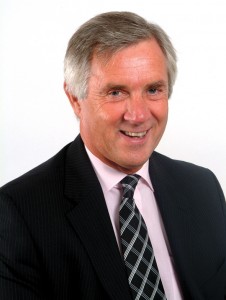 Taylor to leave AHDB at the end of November.

Taylor said: “We have resolved a lot of challenges that we faced in 2010. We have reduced our overhead costs significantly and spent more money on direct levy payer services than ever before. The losses we were incurring have been eradicated and small surpluses are now being made, which are being invested in improved levy payer services. We are set to move into our new accommodation shortly so that our staff will be operating out of a single building at Stoneleigh for the first time since we were formed. We are now well represented on several influential Government committees where we can support our levy payers and we have over thirty cross sector research projects up and running. It is time for me to move on to new challenges.”

Peter Kendall, AHDB Chair, said: “Tom’s leadership has been invaluable in bringing the organisation to this point and he will leave it in a good state for his successor to take it through the next phase of development to improve even further the benefits to levy payers across all sectors from working as one organisation.”

A search for Taylor’s successor has begun and in the interim period AHDB deputy chief executive Mick Sloyan will cover his duties.