A report by Rabobank has pointed to continued growth for the African poultry industry, following on from a steady rise in the sector over the last decade. 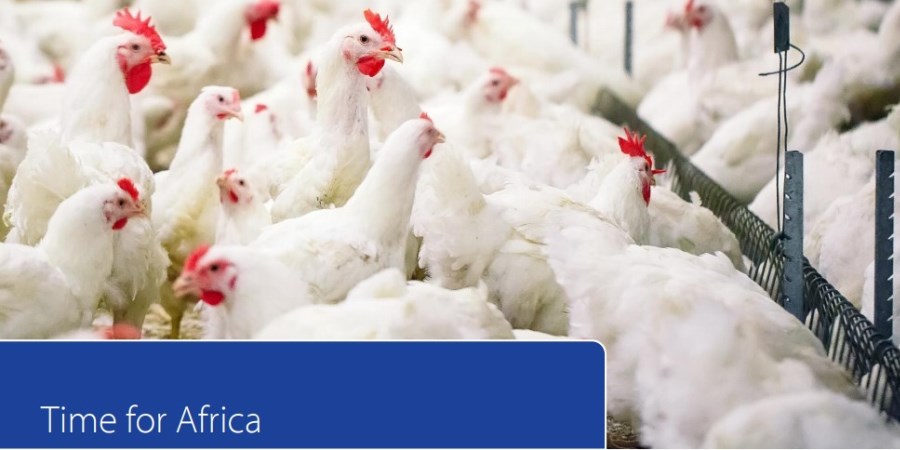 The African poultry market is expected to double by 2027.

Following on from the 2016 ‘Time for Africa’ report, Rabobank has revealed that the sub-Saharan African poultry and egg industry has steadily developed over the last decade, making the growing market increasingly attractive for investors.

Rabobank is a Dutch multinational banking and financial services company dealing in the food and agriculture industry.

The report links the demand for African poultry to a ‘growing urban population’ with an ‘expanding middle class shifting from a vegetable based to a protein-based consumption pattern.’

Africa’s poultry market has been consistently increasing, with the amount of poultry meat produced on the continent doubling between 1997 and 2017. This figure is again expected to double by 2027, according to the report.

Nan-Dirk Mulder, a senior animal protein analyst, said: “The middle class in Africa is expected to continue growing, as the population doubles and more people move to big cities. These core fundamentals, together with the untapped potential of local feed grain production, offer an attractive investment opportunity.

“This will all lead to ongoing market growth and modernisation at all stages of the value chain, creating an increasingly interesting platform for international investors. The growing demand and modernisation of the supply chain will create additional demand for all input manufacturers, like equipment, animal nutrition, genetics, and animal health. Companies in these sectors also need to position themselves to serve Africa’s rising demand better.

“Investors need to realise that conditions in Africa can be challenging and require a very strategic investment assessment that takes all major factors (i.e. business climate, market growth, supply, and infrastructure) into consideration. If this is done well, the potential upside is big.”