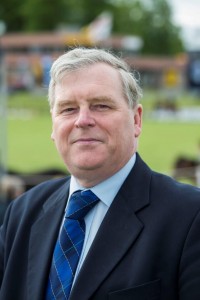 Stuart Ashworth, QMS head of economic services, said: “The most marked year-on-year shortfall is in the pig sector where prices are trailing last year by 16% but beef prices also trail last year.

“While it has to be recognised that some input costs have fallen, they have not fallen fast enough to allow many livestock farmers, and pig producers in particular, to maintain their margins.”

Livestock growth rates are affected by a multitude of factors ranging from climate variation to genetic capability.

Ashworth commented: “Improving or maximising the existing genetic capability of livestock is not a fast win. At one level it requires investment in animal science research and at the other a willingness and capital resource from producers to invest. Without a sufficient margin it is difficult to finance the investments needed to continue to drive efficiency into any business.”

Although producers recognise seasonal price variations, excessive price volatility makes it difficult for livestock producers to plan and invest in their businesses.

“Supply can be affected by climate and one example of this is the impact of droughts in the United States over the past two years,” he said. “These led to significant declines in cattle numbers along with price increases, which pushed US cattle prices to some of the highest in the world. As things return to a more normal situation beef production has increased and US cattle prices have fallen by around one-quarter in the past six months.”

Supplies can also be impacted by trade restrictions. Recently, Russian restrictions on trade have destabilised the European pig market leading to a need to find alternative markets, in some cases at lower prices.

Moreover, there are a number of measures that may open the European market to increased imports of meat. These, Ashworth said, have the potential to add even greater volatility to farm gate prices but do little to increase EU and UK access to growing consumer markets.

Producers can only respond to this volatility by delivering product that meets the demands of the marketplace in respect of quality, provenance and product promotion. Some of the bigger elements of price volatility require political will and actions to mitigate, said Ashworth.

“Generally price volatility moves quicker than the animal rearing process, meaning that prices received at the end of the rearing period can be very different from the expectation when the breeding and rearing process began,” said Ashworth.

“Consequently measures to maximise the efficiency of the production process may offer the best risk management tool. To do this will often require investment and without profit to reinvest or investment support, the funding for investment in production efficiency will be held back.”