Only in the post for just over a year David Heath has been sacked as Farming Minster in a cabinet reshuffle. 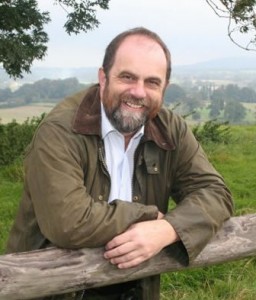 Dan Rogerson is the new parliamentary under secretary at DEFRA.

The new kids on the block are Lib Dem MP, Dan Rogerson, who has been appointed as a junior minister and Tory MP George Eustice who takes up the post of parliamentary under secretary at DEFRA. Eustice takes over from Richard Benyon who has now left the government.

The shadow cabinet has also seen changes with Maria Eagle taking over from Mary Creagh as shadow secretary of state for environment, food and rural affairs.

Industry bodies at ANUGA, including EBLEX, down played the change but appered pleased that Owen Paterson remained in post as Environment Secretary to provide a form of continuity. However, the reshuffle still technically appears to leave DEFRA without an official Minister of State, which is the rank below Secretary of State. Both Eustice and Rogerson were appointed as parliamentary under secretaries.

Paterson was in Germany over the weekend to launch a new food and drink exports action plan that aims to deliver a £500 million boost to the UK economy.