Derek Berry: a man who gave back to the industry he loved

Home » News » Derek Berry: a man who gave back to the industry he loved

Derek Berry: a man who gave back to the industry he loved

Derek Berry, who carved a successful career across the meat industry, passed away last weekend, but clearly left a lasting impression.

With a career that included Weddel Swift, Towers Thompson and J. F. Edwards & Son, Berry was a man with a wealth of knowledge and expertise, matched by his enthusiasm, hard work and generous spirit. 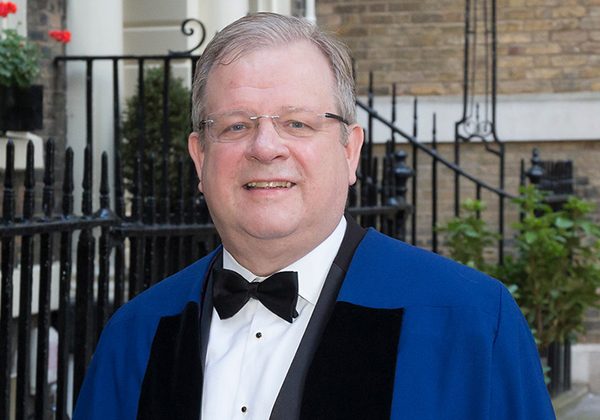 Derek Berry’s career started in 1968 when he joined W. Weddel & Co as a trainee after leaving school. After a short period on Smithfield Market he moved to the depots and worked in ten of them over the following two years.

During his initial training, Derek attended Smithfield College and won the Worshipful Company of Butchers Gold Medal in 1970.

Weddel’s training programme was diverse and Berry spent time in an abattoir, cold stores, a tannery and a range of meat-related businesses. He held various management positions in the depots, eventually becoming regional manager.

The early 1980s saw him return to Smithfield Market to run the Weddel Market stalls and spend what he described as: “Six very happy years” on the market, during which time Weddel acquired Swift & Co, becoming Weddel Swift. Derek played an important role in helping to integrate the two businesses as assistant general manager.

In 1996, after 28 years with the Weddel business, he left to join Towers Thompson as depot director where he spent ten years: “Broadening my horizons,” as he put it, and travelling to Australia, New Zealand and every EU country except Portugal and Iceland.

In 2006 Berry moved back to Smithfield when he joined J. F. Edwards & Son, becoming a director two years later, and then managing director.

Later in his career, Derek made a significant contribution to the Worshipful Company of Butchers. He was admitted to the Livery in September 2000 and joined the Court in September 2012.

He was a passionate and dedicated man, who devoted a lot of his time to the Livery’s Charitable, Education and Fundraising causes.

“Having joined the Court of the WCB in 2012, he was looking forward to becoming Master in three years time.

“He was a massive contributor on Court, as a Warden and to our Charities and Education Committees. He participated in and contributed to our functions as part of the senior management of the Worshipful Company of Butchers and will be sorely missed.”

Prior to him retiring from Smithfield Derek was active and influential with the Smithfield Tenants Association. He was also a trustee of the BDCI and a member of the Institute of Meat.

A season ticket holder at Arsenal Football Club for many years, Derek rarely missed a home game and enjoyed all types of music, reading and good restaurants.

He described his partner, Joan as a: “Great support’ and will be missed by everyone who knew him.