Fay Ripley to join the Bacon Revolution in March

Fay Ripley to join the Bacon Revolution in March 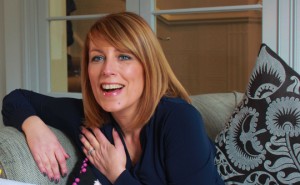 Fay Ripley will be spearheading the ‘Bacon Revolution’ in March.

As ambassador for the campaign Fay will be showcasing her own classic Great Bacon recipes – with a revolutionary twist.She said: “I’m backing The Great Bacon Revolution because I think it’s high time we all ‘revolutionised’ our attitude towards bacon – and explored the different cuts and speciality cures that are now readily available. Let’s also look beyond breakfast for our bacon fix.”

Fay will help bring Bacon Connoisseurs Week to life as part of the high profile consumer campaign, which will celebrate all the fabulous cuts and cures and demonstrate that not all bacon is the same. This will include enticing new recipe ideas, trade secrets from the ‘baconologist’ and fun bacon facts and figures.

Bacon Connoisseurs Week promotes quality assured bacon and encourages consumers to look for the Red Tractor logo on pack. This indicates the quality and country of origin of the bacon and that it is traceable back to Red Tractor farms. With pig farmers facing serious challenges owing to spiralling global feed costs, there has never been a better time to support Red Tractor farmers.

For more information and updates about Bacon Connoisseurs’ Week 2013, visit www.lovepork.co.uk and porkforbutchers.bpex.org.uk/