A Halal assurance scheme would be used by up to 95 per cent of the sector’s suppliers, a poll has revealed. 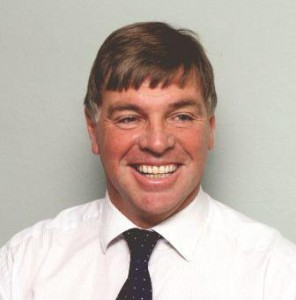 “It gave a very clear message that the Halal sector wants an assurance scheme, is keen to get behind one that is workable and wants to help consumers make informed choices,” said Nick Allen, EBLEX sector director.

Delegates at EBLEX’s first Halal forum, dedicated to airing issues affecting the Halal market and identifying where work should be focused to bring most benefit to the supply chain, overwhelmingly showed their support for the proposed scheme.

The event marked the start of a three-month consultation on the proposals, which could feature clear on-pack labelling to aid consumer choice, giving everyone the chance to have their say.

“While the polling we did at the event will not form part of the consultation, it gave a very clear message that the Halal sector wants an assurance scheme, is keen to get behind one that is workable and wants to help consumers make informed choices,” said Nick Allen, EBLEX sector director, who chaired the event in Warwickshire.

“Not only will it help demonstrate high standards in processing for Halal sheep meat, but it is also about giving consumers choice about what they are buying and a level of transparency that it has been suggested is currently missing.

“The draft proposals we have put together has different schemes for both stunned and non-stunned Halal which would be clearly labelled on the product. This is what consumers are asking for and this is what we are responding to.”

More than 60 delegates attended the event, with representatives from all parts of the Halal supply chain. They saw presentations on consumer behaviour, new legislation and details of the proposed assurance scheme before having the chance to air their own views and debate issues within the sector.

EBLEX chairman John Cross, who opened and closed the forum, said: “This is a very important sector and this process is vital for its future success. An assurance scheme will underpin any promotional work for Halal so it is vital we get this right.

“This cannot happen without input from the sector, where we know there is a diverse range of views. England has a diverse population and as an organisation we need to respect and support that where we can.

“I would urge everyone with a vested interest to get involved in the consultation on the proposed Halal assurance scheme.”

You can take part in the consultation by visiting www.eblextrade.co.uk/halal