A Trade and Agriculture Commission to help inform a post-Brexit trade policy has been announced by international secretary, Liz Truss. 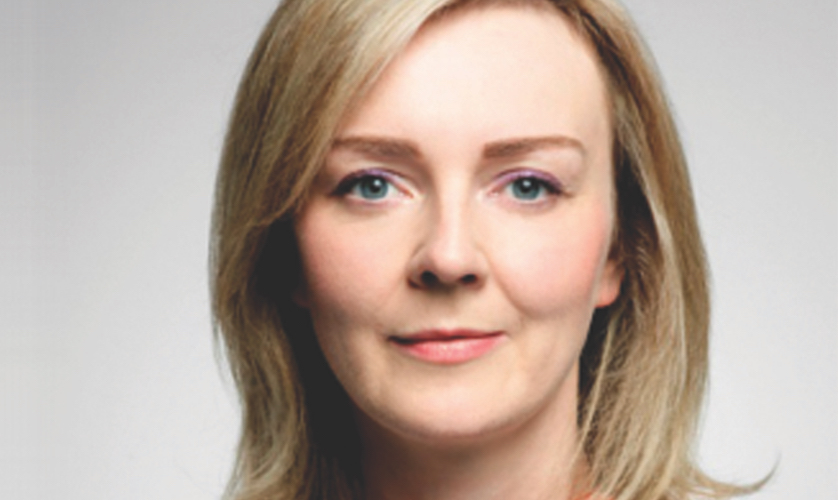 Truss said the new Commission would not be another quango or regulator and would be strictly time-limited. In a letter to NFU president she said: “I propose that once the Commission has finished its work, it produces a report in line with its terms of reference that will be presented to Parliament by my department.” Truss went on to emphasise that its recommendations would be advisory only.

“This is a really good starting point to show the Government really means to take British Standards and food production seriously.”

The report, and work of the Commission would be to focus on four areas:

NFU president, Minette Batters, said: “I am very pleased that the government is taking concrete action to address the challenges of safeguarding our high food and farming standards by agreeing to set up a Trade and Agriculture Commission, something we first called for over 18 months ago. This is a hugely important development.

“We look forward to working with government and other stakeholders in the days ahead on the Commission’s terms of reference, to ensure that its work is genuinely valuable. In particular, it will be vital that Parliament is able to properly consider the Commission’s recommendations and can ensure government implements them effectively.

“The NFU will continue to scrutinise the progress of trade negotiations with the USA and other countries over the coming months outside of the work of the Commission so that our future trade deals work for British farmers and consumers, and believe it is vital that Parliament is provided a strengthened role in this regard as well.”

NFU Scotland, president Andrew McCornick said: “For all UK farming Unions, the creation of a commission with the potential to safeguard our food and farming standards while navigating the complexities of negotiating new trade deals has been a priority for more than 18 months.  We’ve discussed this matter in private with the Secretary of State twice in recent weeks and we welcome today’s announcement as a significant step forward.

“We look forward to working with the Secretary of State and her officials, alongside other stakeholders, in the days ahead on the Commission’s terms of reference.  Its independent composition would be integral to ensuring the correct representation and balance of devolved competencies in what is essentially a reserved matter, but which has major devolved interests, not least for the integrity of Scotland’s world-leading brands and PGI products.

“It is essential that our production standards are front and centre as the UK strikes its own trade deals and our call that products imported into the UK should be produced to the same standards or equivalent as those asked of our farmers and crofters has been backed through an online petition that has secured more than one million signatures.

“NFU Scotland will engage positively in the process of establishing terms of reference for the commission.  That must progress with a great deal of urgency given our departure from the European Union is just over six months away.  Once established, we will scrutinise any future recommendations the commission makes and ensure they are in the best interests of Scottish farmers and crofters and our food and drink industry as we enter the post-Brexit era.”

NSA, chief executive, Phil Stocker commented: “This is a really good starting point to show the Government really means to take British Standards and food production seriously. However, there are still a lot of questions to be answered and commitments to be stuck to. At this stage this could still just be Government paying lip service to industry, so NSA will continue to call for real legislative commitment through the Trade Bill or Agriculture Bill. NSA has been involved with an amendment for the Trade Bill calling for a legislative commitment for this sort of committee and we still believe its essential to have that protection for this.”

British Veterinary Association (BVA) senior vice president Simon Doherty said: “The veterinary profession has always been clear that any new trade agreements must not undermine the UK’s high animal health and welfare standards. Along with our colleagues in the farming industry we have been pushing for this commitment to be enshrined in legislation.

“We welcome the new Trade and Agriculture Commission but it is essential that veterinary expertise is at the heart of its membership and remit. Vets are critical to facilitating international trade and are committed to protecting and enhancing animal health and welfare and public health. Although the Commission only has an advisory role it is important that its advice is genuinely listened to and acted on by the Government. There is huge public concern about a lowering of animal welfare standards and consumers need to have confidence in what they are buying.”