The talks are aimed at securing brand name protection currently enjoyed by the likes of Welsh Lamb and Welsh Beef, following Brexit. 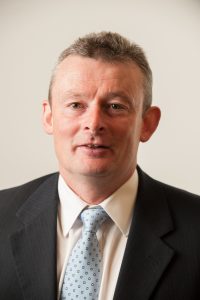 Food and drink industry executives from as far afield as Cornwall, Kent, Jersey, Shetland and Anglesey were unanimous in wishing to see an equivalent scheme passed into UK law, to guarantee the brands’ protection after Brexit.

“The PGI status enjoyed by Welsh Lamb and Welsh Beef place our products in the same category as premium goods such as Champagne,” said HCC’s Gwyn Howells.

“As well as protecting our meat against imitation and giving customers confidence in its authenticity and traceability, the PGI status has been a cornerstone of marketing efforts which have seen lamb exports rise from £57 million in 2004 to £133 million in the space of a decade.”

Howells added: “I was pleased to hear the Minister confirm that the Government would work to introduce an equivalent scheme in UK law which would allow Welsh Beef, Welsh Lamb and other protected foods to retain their status in the same way as other non-EU goods such as Colombian Coffee.

“A seamless transition is what’s needed, to ensure continuity in marketing efforts in Britain, Europe and beyond. I look forward to Defra continuing to work on the replacement scheme, along with the PFN Association and the Devolved Governments.”