Independent board member, Will Lifford, has been appointed for a second, and final, three-year term to the board of the Agriculture and Horticulture Development Board (AHDB), with effect from 1st April 2016. 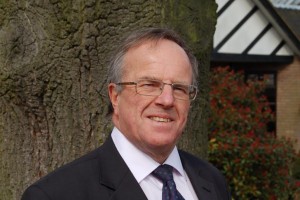 Lifford, a chartered accountant, is one of three independent members of the board and also chairs the AHDB Audit and Risk Assurance Committee.

He has 25 years’ experience as a partner with Grant Thornton and since 2007 he has held a number of non-executive positions including: Rural Payments Agency – audit and risk committee; Entrust (the regulator of the Landfill Communities Fund) – director and chair of the audit committee; Yorkshire Agricultural Society – audit and investment committee. He is also chair of Martin House Children’s Hospice.

AHDB chairman, Peter Kendall, said: “As a board, we are driving levy payer value for money through a restructured ‘one AHDB’. Will Lifford adds real value in areas such as risk management, audit and financial rigour. I am delighted he has agreed to serve for a second term.”

Appointments to the AHDB Board are made by ministers in Defra, DARD (Northern Ireland), Welsh Government and Scottish Government.

AHDB is a UK-wide non-departmental public body sponsored by Defra and primarily funded by farmers, growers and others in the supply chain through statutory levies. Established in 2008, it supports the following industries: meat and livestock (cattle, sheep and pigs) in England; horticulture, milk and potatoes in Great Britain; and cereals and oilseeds in the UK.