East Anglian pig producer, Jimmy Butler has been named this year’s winner of the Chris Brant Award in recognition for his services to the British pig industry. 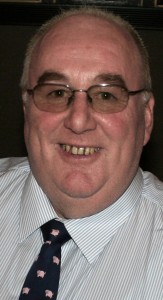 “He is exactly what the award is all about,” said Richard Longthorp, vice-chairman of the National Pig Association (NPA) and chairman of judges. “Jimmy Butler is always ready to go the extra mile for the industry and has served it with good humour and distinction for many years.”

Moreover, in 1998 Butler was a driving force behind the British Pig Industry Support Group in East Anglia and in 2011 he suggested pig farmers use their roadside fields to advertise British pork. This idea was then picked up by NPA and led to the industry’s ‘Banners Blitz’ campaign, which saw over a thousand banners promoting British pork appearing next to busy main roads and motorways across the country.

Butler has also been recognised for his services to the NPA Producer Group, as well as his work with Ladies in Pigs to help educate school children about British farming.