The British Poultry Council has re-elected John Reed as its chairman, following the BPC Annual General Meeting. This will be his third term following his first election in 2010.

Reed has worked for over 35 years in the industry and is currently the Agricultural Director of Cargill’s European poultry business. He is also a Board member on the Assured Foods Standards (AFS) Poultry Sector Group, as well as Chairman of the Poultry Health and Welfare Group and Chairman of British Poultry Training. 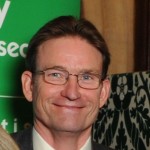 John Reed is re-elected chairman of the BPC.

He has in the past been a member of Defra’s Core Stakeholder Group for the implementation of the European Broiler Welfare Directive and a member of the Radcliffe Committee examining responsibility and cost sharing.

Reed said: “I’m delighted to have been re-elected Chairman of the British Poultry Council by my peers. I am proud to represent a successful industry, which contributes daily to economic growth in the country. One of the reasons for my decision to continue in the post is the positive environment to tackle many of the issues the industry faces.

“Indeed we face some tough challenges notably in tackling Campylobacter levels but also some fresh challenges such as explaining the benefits of consuming poultry meat. The BPC’s work is an integral part of that effort. I look forward to the challenges working together with BPC members and all stakeholders of the poultry meat chain to promote it.”

Andrew Large, BPC’s chief executive said: “I am delighted John will continue as Chairman. He brings a wealth of experience, knowledge and a great sense of vision. I look forward to working with him to deliver on our key aims.”